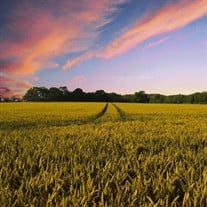 Alfred Francis LaBarge “Fred’, 83, of State Route 11B, Malone passed away Thursday, June 16, 2022 at his home. Born on March 26, 1939 in Burke, NY, he was the son of Clarence and Annabelle (Spinner) LaBarge. He was married to Martha Whitney on March 14, 1979 in Malone, NY. Fred worked as a truck driver for his entire career before retiring in the early 1990s. He was a member of the Churubusco Volunteer Fire Department and the Chateaugay Fish and Game Club. He enjoyed hunting and wood working. Fred is survived by his wife of 43 years, Martha; three children, Daniel LaBarge and his wife, Melody, Justin LaBarge and Julian LaBarge; grandchildren, Daniel and Mindy LaBarge, Nicole and Jonathan Myers, Lacey Lawrence, Raegan LaBarge and Julian LaBarge Jr.; a brother, Leonard LaBarge and his wife, Vivian; a sister, Susan Dufrane and her husband, George; as well as several nieces, nephews and cousins. He was predeceased by his parents; four sisters, Norma Donnelly, Geraldine “Jay” McManus, Viola Underwood and Carolyn Marlow; as well as three siblings in infancy. There will be no services. Donations in Fred’s memory may be made to the Malone EMS.

The family of Mr. Alfred "Fred" Francis LaBarge created this Life Tributes page to make it easy to share your memories.

Send flowers to the LaBarge family.