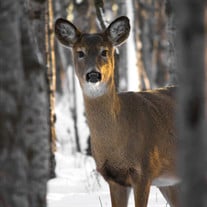 Andrew Joseph Allen, 73, of Malone, died Monday, October 29, 2018, at CVPH in Plattsburgh with his family by his side. Born January 31, 1945 in Ormstown Quebec, he was the son of Armand and Clothilda (Martin) Allen. His parents predeceased him. He attended local schools in Ormstown and then attended Salmon River after moving to the United States. He was united in marriage to Kay Duemars on July 10, 1965 at St. Joseph’s Church in Malone. She predeceased him on September 27, 2017. He began working at Alcoa in Massena in 1967, retiring in 2002 after 35 years of service. He then went on to be a maintenance supervisor for DEC at Fishcreek from 2002-2007. In 1966 he joined the Malone Callfiremen and was a dedicated member for the next 52 years. He served as both a chief and president during this time and was a mentor to many. He was also a Franklin County Agricultural Society Director from 1985 until the time of his death. He was a past member of the New York State Fire Chief Association, Franklin County Fire Chief Association, Moose Lodge, and Knights of Columbus. In his younger years, he played baseball in Cooks Corners and then went on to play slow pitch softball in the North Franklin Firemen Softball League. He was an avid outdoorsman who passed his love of hunting and fishing onto his grandchildren and great-grandchildren. He loved to spend time watching his grandchildren and great-grandchildren at their many sporting events. They knew they could always depend on their Papa to be there. He will also be sadly missed by his beloved dog, Chance. He is survived by three daughters and sons-in-law: Marci and John Marshall, Melissa and Graigory Brown, and Nicole and Bruce Fish; nine grandchildren, Joshua (Sandie) Allen, Meagan (Travis) Niles, Bethany (John) Pierson, Ryan (Kierstin) Brown, Codie Brown, Braedan Fish, Macaylla (Peter) Thompson, Dustin and Desiree Marshall; eleven great-grandchildren, Gavin, Broc, Trevin, and Maddix Allen, Peyton, Paisleigh, Piper, and Paxtun Niles, Wyatt Berkman, Brody Brown, and Harlow Thompson. He was looking forward to meeting Baby Remmi Kay Allen. In addition, he is also survived by three sisters and two brothers-in-law: Rejean Simmons; Ralph and Claudette Perry; Vernon and Theresa Lamica; one sister-in-law and brother-in-law, Dawn and Frank Fisher, along with many nieces and nephews. Along with his parents, he was predeceased by his father-in-law and mother–in-law: Gerald and Marlea Duemars and a brother-in-law, Carl Simmons. Calling hours will be held at the St. Mary-Murphy-Wilcox Funeral Home in Malone on Friday, November 2 from 2 to 4 and 7 to 9 p.m. A Mass of Christian Burial will be celebrated at 10 AM on Saturday, November 3 at St. Francis of Assisi Church in Constable, with burial immediately following at St. Joseph’s Cemetery on the Lake Titus Rd. There will be a small gathering for friends and family following the burial at the Malone Callfiremen Station. Memorial donations may be made in his memory to the Malone Callfiremen.

Andrew Joseph Allen, 73, of Malone, died Monday, October 29, 2018, at CVPH in Plattsburgh with his family by his side. Born January 31, 1945 in Ormstown Quebec, he was the son of Armand and Clothilda (Martin) Allen. His parents predeceased him. He... View Obituary & Service Information

The family of Mr. Andrew Joseph Allen created this Life Tributes page to make it easy to share your memories.

Send flowers to the Allen family.