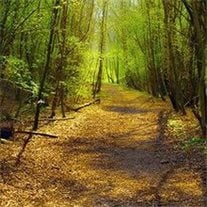 Andrew J. Baker, 92, of the Lake Rd., Chateaugay died Tuesday, Dec. 2, 2014. Born in Chazy, NY on Aug. 3, 1922, he was the son of Walter and Anna (Sorrell) Baker. He was married to Mildred Williamson on October 25, 1947 in Ellenburg Depot. She predeceased him on June 21, 2014. Mr. Baker attended Champlain High School. He enlisted in the U.S. Army on Oct. 8, 1942 and was honorably discharged on Jan. 12, 1946. He was employed as a miner and retired from Republic Steel, Lyon Mountain. He was a communicant of St. Bernard's Church, Lyon Mountain. Mr. Baker is survived by a brother, Paul Baker of Lyon Mountain; four sisters and two brothers-in-law, Bernice Trottier of Merrill, Theresa and Richard Fitzgerald of Massena, Marion Burdo of Cadyville, Vivian and Roland Fournier of Chazy Lake; several nieces and nephews; special friends and caretakers, James and Carol Dumont of Chateaugay Lake. Besides his wife, he was predeceased by his parents; two brothers, Adrian and Lawrence Baker; two sisters, Rayaw Pepin, and Beatrice Gonyea. There are no calling hours. Committal prayers will be offered on Friday, Dec. 5 at 10 a.m. at Whispering Maples Memorial Gardens, Ellenburg Depot with Rev. Ted Crosby of St. Bernard's Church, Lyon Mountain officiating.

The family of Mr. Andrew J. Baker created this Life Tributes page to make it easy to share your memories.

Send flowers to the Baker family.