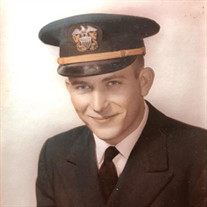 Austin Thomas “Ike” Sucato, 87, died peacefully in his sleep on Thursday, January 27, 2022 at the Paramount at Somers Nursing Center in Somers, NY. Ike was born in Poughkeepsie, NY on June 13, 1934, son of Vincent James and Eleanor (Dobrydnio) Sucato. He was a graduate of Poughkeepsie High School. He subsequently attended the American International College at Springfield, MA before entering the United States Naval Flight School in Pensacola, Florida. After graduation he served as a Navy pilot from 1955 to 1961, attaining the rank of lieutenant. In September 1957, Ike married Rose Annette Bradshaw of Chateaugay, NY at St. Patrick’s Catholic Church in Chateaugay. After Ike’s Naval service, he and Rose returned to his hometown of Poughkeepsie, NY to work and raise their four children. Ike owned and operated Austin’s Express Trucking Company and later worked as a supervisor and Community Resident Director at Wassaic Developmental Center. Ike was very involved with his local Jaycee organization and participated in many activities that benefited the community. He was awarded a JCI Senatorship for his outstanding contributions, the highest individual honor that a Jaycee may receive. One of Ike’s enduring passions was his support of Camp Wa Wa Segowea, a residential summer camp for children located in the Berkshire Mountains in Massachusetts. Ike attended camp at Wa Wa Segowea as a child. As an adult he spent countless hours volunteering during “work weekends” at Segowea to help maintain the property and facilities. He passed on his love of Segowea to his family: His four children and two of his grandchildren have participated as campers, counselors, staff members or volunteers at the camp. When Ike retired in 1994, he and Rose retired to Midlothian, Virginia to be near their grandchildren. There Ike remained active, working part time as a delivery driver for a local florist, serving with the Knights of Columbus and attending the Church of the Epiphany Catholic Church. Besides his parents, he was preceded in death by his wife, Rose and his brother, Vincent. Survivors include his two daughters, Deborah (Dan) Bryant of Palm Coast, FL, Eileen Sucato of Raleigh, NC; two sons, Daniel (Pamela) Sucato of Unionville, CT, David (Tina) Sucato of Hyde Park, NY; eight grandchildren, one great-granddaughter and many nieces and nephews. Calling hours will be held at the Chateaugay Funeral Home on Friday, February 4 from 4 to 7 PM. A Mass of Christian Burial will be celebrated on Saturday, February 5 at 10 AM at St. Patrick’s Church, Chateaugay. In lieu of flowers, please consider a donation to Smith Park/Camp Wa Wa Segowea, PO Box 4994, Poughkeepsie, NY 12603. Checks may be made out to Smith Park.

The family of Mr. Austin Thomas "Ike" Sucato created this Life Tributes page to make it easy to share your memories.

Send flowers to the Sucato family.