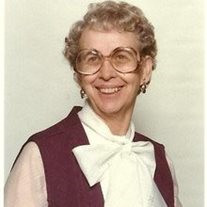 Bertha Elizabeth Tupper Morgan, 86, passed from this life on Thursday Oct. 16, at the St. Regis Nursing Home in Massena NY. She had been a resident of St. Regis Nursing Home for the last 3 years. Bertha was diagnosed with Alzheimer's Disease in March, 2010. Bertha was born March 12, 1928, in Potsdam NY, the daughter of James Edward and Mae Agnes Mushaw Tupper. Bertha attended Potsdam High School. She worked as a housekeeper for several different families in the area for many years. She was a long time resident of Chateaugay and Massena. She lived in Chateaugay with her daughter for 2 years before entering the Nursing Home. She attended the ADAC Third Age Adult Day Center in Malone for 2 years. Bertha is survived by six children, Kerry (Bucky) Morgan of Florida, Carol (Morgan) Rosendale of North Carolina, Cathy (Morgan) Foote and her husband, Jim of Tennessee, Jody Warriner and his wife, Tammy, JoAnn (Warriner) Perry and her husband, Brett, and Jomarie (Warriner) Decker and her husband, Gerald, all of Chateaugay; grandchildren, Evan and Christine (Morgan) Alwine, Laura Morgan, and Michelle Gardner all of Florida, Eric and Mercedes Gardner of Arizona; Amy Jefferson and her significant other Chris Goeglien of North Carolina, James and Danielle (Foote) Hassett, Greg and April (Foote) Smalley, and Wade and Jaime (Foote) Dye all of Tennessee, Lindsay Warriner and Cody Warriner of Chateaugay, Kevin Decker of Maryland, Christine Decker of North Carolina, Kayla Pulsifer and Elizabeth Pulsifer of Alabama, and Matthew Hosler of Malone NY; 17 great-grandchildren as well as numerous nieces and nephews. She was predeceased by her parents; a son, Terry Morgan; a daughter, Rita (Warriner) Woodliff; three brothers, Robert, Amos and Silas Tupper; two sisters, Pearl Warriner and Agnes Ezro. Calling hours will be held at the Chateaugay Funeral Home on Church Street in Chateaugay from 4 to 7 pm on Wednesday, Oct. 22. A funeral service will be held on Thursday Oct. 23 at 10 am in the funeral home chapel with Rev. Marty Connor officiating. Burial will take place at Eastside Cemetery, Chateaugay. In lieu of flowers, the family asks that donations be made to Alzheimer's Disease Assistance Center in Plattsburgh or Third Age Adult Day Center in Malone in Bertha's memory.

The family of Mrs. Bertha Elizabeth Tupper Morgan created this Life Tributes page to make it easy to share your memories.

Bertha Elizabeth Tupper Morgan, 86, passed from this life on...