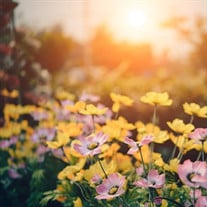 Bonnie Cheyne Barnes, 72, of Plano, Texas died Thursday, May 28, 2020 at her home. Born on July 18, 1947 in Belmont, NY, she was the daughter of Robert and Nellie (Crawford) Cheyne. Bonnie was married to Bruce L. “Skip” Barnes Jr. on July 13, 1968 at the Brainardsville United Methodist Church. She was class of 1964 valedictorian at Chateaugay Central School. She graduated from SUNY Potsdam in 1968 with a degree in education. She worked as a secondary mathematics teacher at Weatherford High School, Actuarial Services and group underwriting at South Western Life in Dallas, Texas and as a financial analyst at Electronic Data Systems. She was a member of Custer Road United Methodist Church and a member of the Eastern Star. Bonnie is survived by her husband of 51 years, Bruce “Skip” of Plano, Tx; a daughter, Jennifer (Nick) Barnes Smith of Rockwall, Tx; mother, Nellie Cheyne of Quincy, IL; a grandson, Rhys Smith; a sister, Kitty (Bill) Bessette of New Rochelle, NY; two brothers; Wil (Nancy) Cheyne of Gallatin, TN, Barry (Jeanne) Cheyne of Quincy, IL; two sisters-in-law, Susan Lagree of Plattsburg, NY and Helen “Heidi” (Tim) Leahy of Constable, NY. She was predeceased by her father, Robert; father-in-law, Bruce L. Barnes; and mother-in-law, Helen Arthur Barnes. Services will be private and at the convenience of the family. Burial will be held at Brainardsville Cemetery, Brainardsville, NY. Donations in Bonnie’s memory may be made to a charity of one’s choice.

The family of Mrs. Bonnie Cheyne Barnes created this Life Tributes page to make it easy to share your memories.