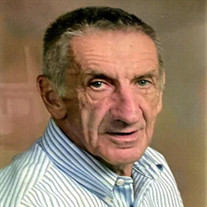 Bryan John Hughes, age 76, passed away on May 29, 2021 at Champlain Valley Physician’s Hospital with his family by his side. Bryan was born in Malone, January 4, 1945 to William (Jake) and Muriel Hughes. He graduated from St. Joseph’s Academy in 1962. Bryan earned his under graduate degree from Providence College (1966) and his Juris Doctor degree from Notre Dame University (1969), both with honors. Bryan loved spending time with his family. On May 29, 2004, Bryan was united in marriage to the former Suzanne Hesseltine at Notre Dame Church, she survives him. Also surviving Bryan are his brother, Brent and sister, Betsy. He is also survived by his children, Carrie Hughes Hankins, Fred Hughes (Alyson), Todd Steenberge (Tracy), Michele Sullivan (Larry) and Jenelle Pachter (Jason). Bryan has eleven grandchildren: Anthony, Meghan, David, Nathan, Lauren, Reid, Claire, Lindsey, Dylan, Marissa and Freddy. Also surviving are six great grandchildren. Bryan was predeceased by his parents and brother William (Billy). Following graduation, Bryan returned to Malone to join the law firm of Herron, Lawler and Fischer, becoming a partner in 1974. The firm later became Fischer, Hughes, Bessette & Edwards. More recently, he was a partner in the firm Hughes, Stewart & Race. Later he started Bryan J Hughes P.C. Currently Bryan was an associate at Fischer, Bessette, Muldowney & McArdle, LLP. Bryan was a former president of the Franklin County Bar Association and a member of both the New York State and American Bar Associations. Bryan loved the community he lived in and belonged to many organizations. These include the Alice Hyde Medical Center Board of Directors, the Kiwanis Club of Malone, the American Legion, the Farrar Home and many more. He served on the North Country Community College Board for many years, including 2 years as Chairman. He was instrumental in obtaining a college campus in Malone. He later became a member on the College Council of SUNY Potsdam. Bryan served in the United States Army Reserves as a medic with 310th Field Hospital. Bryan was a lifetime member of St. Andre Bessette Parish, serving as an altar boy in his youth and continuing to support the parish throughout his life in many ways. He is also an avid fan of Notre Dame Fighting Irish Football. Go Irish! Calling hours will be held at St. Mary-Murphy-Wilcox Funeral Home on Thursday, June 3 from 7 to 9 p.m. A Mass of Christian Burial will take place at 2 p.m. on Friday, June 4 at Notre Dame Church, Malone. Burial will take place at the Burke Center Cemetery. Donations can be made to the Malone Call Fireman Department and the Farrar Home Activity Fund.

The family of Mr. Bryan J. Hughes created this Life Tributes page to make it easy to share your memories.

Send flowers to the Hughes family.