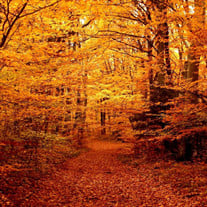 Clifton L. French, 87, of Westville, NY passed away Sunday, January 10, 2021 at CVPH Medical Center, Plattsburgh. Born in Bombay, NY, December 5, 1933, he was the son of the late Allen and Violet (Langlois) French. He was married to Bertha M. Learned on October 29, 1960 in St. Joseph Church, Bombay. She predeceased him on October 8, 1993. Clifton was drafted into the United States Army in 1956 and was honorably discharged in 1958. He owned and operated French’s Sawmill for over 50 years as well as a dairy farm for many years. He also worked for the Highway Department of Bombay and the Bombay Dump and Northern Reel in Moira. Clifton enjoyed racing horses. After the loss of his wife, Bertha, he moved to Maine and returned to Westville in 2008. Clifton is survived by his companion of 12 years, Becky Jandrew; a daughter, Trudy (Vincent) Bilow of Malone; two sons, Charlie (Bobbi-Jin) French, Malone and Rickey (Tammy Soulia) French of Burke; ten grandchildren; 9 great grandchildren; Becky’s children, Richard T. Jandrew of Nashua, NH, Virginia L. Jandrew of Bangor, Kelly J. Jandrew of Brushton; and Becky’s brother and Clifton’s close friend, Calvin Dustin of Fort Covington. Besides his wife and parents, Clifton was predeceased by two daughters, Jodi Flint and Kay French and a son-in-law, Joseph Flint. Calling hours will be held at St. Mary-Murphy-Wilcox Funeral Home on Friday, January 15 from 11 a.m. to 1 p.m. In accordance with current health restrictions, those in attendance are asked to observe the use of face coverings and social distancing. A prayer service will immediately follow in the funeral home chapel at 1 p.m. Burial will take place in St. Francis of Assisi Cemetery, Constable.

Clifton L. French, 87, of Westville, NY passed away Sunday, January 10, 2021 at CVPH Medical Center, Plattsburgh. Born in Bombay, NY, December 5, 1933, he was the son of the late Allen and Violet (Langlois) French. He was married to Bertha M.... View Obituary & Service Information

The family of Mr. Clifton L. French created this Life Tributes page to make it easy to share your memories.

Send flowers to the French family.