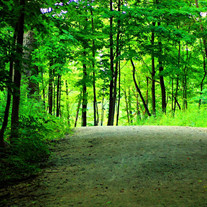 Darrell H. Rottier, Sr., “Dick”, 84, of Lower Park St., Malone died Friday, May 17, 2019 at the CVPH Medical Center, Plattsburgh. Born on April 21, 1935 in Malone, NY, he was the son of William and Isabelle (Bova) Rottier. Dick graduated from Franklin Academy with the Class of 1953. He enlisted in the U.S. Marine Corp in 1954 and was honorably discharged in 1958. He was employed by Reynolds Metals Company, Massena in the pot rooms and also as a crane operator from 1958 to 1998. He was a former member of both the Malone and Massena American Legions. Dick enjoyed all sports. He enjoyed playing softball for years, bowling, playing darts and pool. He was an avid outdoorsman and took much pride in his lawn work. He is survived by his wife, Janice Rottier; six children, Timothy Rottier and his wife, Tammy, Darrell Rottier, Jr. and his wife, Lisa, Mark Rottier and his companion, Darlene Abbott, Michael Rottier and his wife, Dawn, Kay Brand and her husband, Craig, Jill Rottier and her companion, Andrew Boyd; nine grandchildren, Curtis, Chad and Derek Rottier, Brittany Woods, Michael and Zachary Rottier, Hanna White, Justin Mulverhill and Breana Mathous; five great-grandchildren, Blake Woods, Kael and Henley White, Kaydence Matthews and Ryleigh Mulverhill; four siblings, Marion Ruegsegger and her husband, Wendel, Teresa Barney and her husband, Morris, Louis Rottier and his wife, Marie, Douglas Rottier and his wife, Monica; several nieces and nephews. He was predeceased by his parents and three siblings, Sue Perry, William Rottier, Jr. and Michael Rottier. Calling hours will be held at St. Mary-Murphy-Wilcox Funeral Home on Friday, May 24 from 2 to 5 p.m. A prayer service will immediately follow in the funeral home chapel at 5 p.m. Donations in his memory may be made to the American Heart Foundation, the American Stroke Foundation or the Malone Callfiremen.

The family of Mr. Darrell "Dick" Rottier created this Life Tributes page to make it easy to share your memories.

Send flowers to the Rottier family.