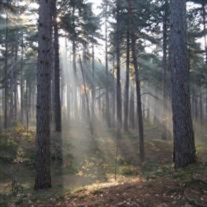 Dennis J. Lewis, 74, of Owls Head, NY died Thursday, April 2, 2020 at his home. Born on March 27, 1946, in Syracuse, NY, he was the son of Norman and Mary (McCord) Lewis. They predeceased him. He was married to Donna Chatland on January 9, 1971 at St. Francis of Assisi Church, Constable. Dennis graduated from SUNY Potsdam with a bachelor’s degree and then moved to Owls Head, where he lived for 45 years. He was employed with ARC North as resident manager for 23 years and then became an assistant director at JCEO in Malone in 2003, before retiring in 2011. He was an avid fisherman, woodcarver and outdoorsman. He loved spending time with his family, especially his grandchildren and his canine companions. Dennis is survived by his wife of 49 years, Donna; two children, Norman Lewis and his wife, Rachel of Cadyville, Deena Lewis-Mulders of Plattsburgh; two grandsons, Evan and Douglas; and three granddaughters, Ziva, Amira, and Mikala. At Dennis’s request, there will be no services. In lieu of flowers, donations can be sent to the Owls Head Mountain View Fire Department and Rescue.

The family of Mr. Dennis J. Lewis created this Life Tributes page to make it easy to share your memories.

Send flowers to the Lewis family.