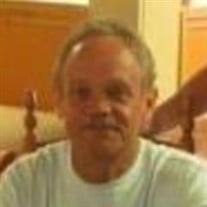 Donnie (Donald) Betters, who carried the name of his dad but he truly lived his life out loud authentically and true to himself, was born May 17, 1950, fought the good fight and died January 13, 2022 at the University of Vermont Health Network Alice Hyde Medical Center. He was the son of Donald and Phyllis Betters who predeceased him in 2002. He held the prominent position of first-born son of eleven children. He leaves behind four brothers, Scott Betters of Malone, Jerry (Bonnie) Betters of Pierre Part, LA, Gary Betters of Quantico, MD and William Betters of Liverpool; five sisters, Connie Basta of Little York, NY, Dorothy Hopson of Malone, Stephanie (Bruce) Bannon of Malone, Terry (Arlie) Collins of Malone, and Tracy (Allen) Gravell of Malone. Besides his parents, he was predeceased by a brother, Stephen in 1973; a sister-in-law, Sharon Betters and brother-in-law, Scott Hopson. Donnie was married to Beth Krupka and this marriage ended in divorce with two sons, Stephen and Brandon. He accepted the privilege of being dad to Bradly Mulverhill who brought him his happiest moments. He is also survived by Brad’s wife, Sasha and their children, Bradley Mulverhill Jr., Aubrey Larowe, Aliyah Moulton and Adeline Mulverhill Lazore. He graduated from Franklin Academy in 1970 where he participated in football, chorus and theater. He entered the United States Air Force immediately following graduation. His time serving found him in Thailand and working for the Pentagon. He has always been involved in various jobs from custodian to assistant chef. He faced many challenges throughout his life but always with courage and grace. His latter years found him closer to home but he faced each day with optimism and a sense of joy. He fully enjoyed his friends in Malone that always made him feel welcomed. Fair was his favorite time because it brought many familiar faces of friends that would stop by and say hello. On any given day you could find Donnie outside getting some healthy rays and reading his bible. Being greeter at church was a privilege he took seriously and missed those days when he could no longer attend. Services will be private and at the convenience of the family. Donations in his memory may be made to Homeward Bound Adirondacks, Saranac Lake to support veterans suffering from PTSD.

Donnie (Donald) Betters, who carried the name of his dad but he truly lived his life out loud authentically and true to himself, was born May 17, 1950, fought the good fight and died January 13, 2022 at the University of Vermont Health Network... View Obituary & Service Information

The family of Mr. Donald "Donnie" Betters created this Life Tributes page to make it easy to share your memories.

Donnie (Donald) Betters, who carried the name of his dad but...

Send flowers to the Betters family.