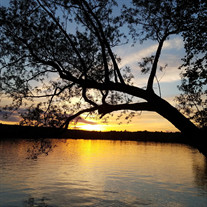 Donald William McNulty, beloved husband, father, grandfather and brother passed into spirit on Tuesday, June 18, 2019 surrounded by his loving family. Don fought a courageous battle with cancer for the past year with his loving wife, Donna at his side. He is survived by his wife of 47 years whom he married on July 17, 1971; his daughter, Lori Burke and her husband, Sean and their four children, Kaitlyn, Olivia, Alexandra and Keegan; his son, Scott and his wife, Hannah and their two children, Harper and Walter. He left a beautiful family as his legacy. Don also leaves behind his two sisters, Gail Larche and Kathryn Geroulo and their spouses Jerry and Michael; several cousins, nieces and nephews and many in-laws. Donald attended St. Joseph’s Academy until high school where he attended Franklin Academy and graduated in 1968. He then went on to study at Canton ATC where he met and fell in love with Donna. Donald was employed at Burke Farm Supply from 1971 to 1990 when he left to become partner/owner of Peru Farm Center. He continued to work part time up until last month. Donald enjoyed his camp and his boat on Chateaugay Lake as well as all of his friends and loved ones there. He was very involved in organizing his class reunions. His favorite activity at camp was rising early and taking coffee and his daughter for a sunrise boat ride. He also was a computer geek, someone his friends could call on to get them out of trouble. Don was always ready and willing to lend a helping hand. He was a lifelong Yankee fan and enjoyed watching games with his son, Scott. He adored his six grandchildren and loved spending time with them. He was predeceased by his father, Walter (Bud) McNulty in 1969 and his mother, Geraldine (Moomey) McNulty in 1998. Calling hours will be held at St. Mary-Murphy-Wilcox Funeral Home on Friday, June 21 from 6 to 9 p.m. A Mass of Christian Burial will be celebrated at 9 a.m. on Saturday, June 22 in Notre Dame Church. Donations in his memory may be made in Don’s name to Hope Lodge in Burlington, VT.

Donald William McNulty, beloved husband, father, grandfather and brother passed into spirit on Tuesday, June 18, 2019 surrounded by his loving family. Don fought a courageous battle with cancer for the past year with his loving wife, Donna at... View Obituary & Service Information

The family of Mr. Donald McNulty created this Life Tributes page to make it easy to share your memories.

Send flowers to the McNulty family.