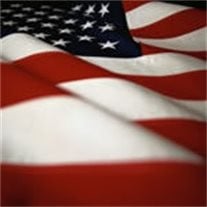 Donald A. Smith Sr., 62, of Mill St. Burke, died Thursday, April 5, 2012 at Alice Hyde Medical Center, Malone, NY. Born on June 22, 1949 in Burke, NY, he was the son of Maynard and Florence Guerin Smith. They predeceased him. He was married to Charlotte Moore on July 20, 1974 in the Chateaugay United Methodist Church. She predeceased him on Dec. 12, 2004. Mr. Smith attended Chateaugay Central School. He enlisted in the U.S. Army in 1969 and was honorably discharged in 1971. Mr. Smith was employed by the Town of Burke, the St. Lawrence Seaway, Graymont Quarry for 30 years and Kar Kare for 7 years. He was a communicant of St. George's Church, Burke and a member of the Burke Fire Department for 40 years, Franklin County Fire Commissioners, Franklin County Chief Assoc., NYS Chief Assoc. Chateaugay American Legion and Elks of Malone. He was also Burke Town Councilman for 4 years. He devoted his whole life to the Burke Fire Dept. He was an avid Yankee and NASCAR fan and enjoyed hunting with his family. Mr. Smith is survived by a son and daughter-in-law, Donald and Kim Smith Jr. of Mooers; a daughter, Melissa Smith of Burke; six grandchildren, Kaitlyn Benore and Sierra Smith, Ayden and Maddison Smith; Kadie and Alex Lamberton; brothers and sisters and their spouses, Sandra Harmon of California, Helen and Gordon Reynolds of Burke, Vance and Henrietta Smith of Burke, Linda Ashlaw of Burke, LeaAnn Houserman of Gloversville, NY, Bonnie and Bob Debyah of Casper, WY, Dale Smith and his companion, Debbie Harrigan of Burke, Doris and Tom Moore of Malone, Bruce Smith and his companion, Debbie Bombard of Burke; several nieces and nephews. Calling hours will be held at the Chateaugay Funeral Home on Monday, April 9 from 2-4 and 6-9 p.m. Mass of Christian Burial will be celebrated on Tuesday, April 10 at 11 am at St. George's Church, Burke with Rev. John Looby officiating. Burial will take place at Ridgeway Cemetery, Burke. A reception will follow at the Burke Fire Station. Donations in his memory may be made to the Burke Fire Dept or Rescue Squad.

Donald A. Smith Sr., 62, of Mill St. Burke, died Thursday, April 5, 2012 at Alice Hyde Medical Center, Malone, NY. Born on June 22, 1949 in Burke, NY, he was the son of Maynard and Florence Guerin Smith. They predeceased him. He was married... View Obituary & Service Information

The family of Mr. Donald A. Smith, Sr. created this Life Tributes page to make it easy to share your memories.

Send flowers to the Smith, family.