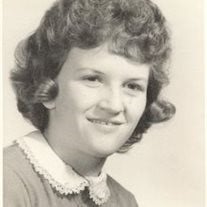 Donna C. Kowalowski, 70, of Keysor St., Lyon Mountain passed away after a long illness on Tuesday, Oct. 7, 2014 at Dartmouth-Hitchcock Medical Center, Lebanon, NH. Born in Malone, NY on May 10, 1944, she was the daughter of Floyd and Gloria (Conley) Brooks. She was married to Thomas Kowalowski on May 2, 1964 in St. Bernard's Church, Lyon Mountain. Donna was employed as a beautician for Muriel's Salon, Chateaugay and later owned and operated her own salon, Donna's Beauty Shop in Lyon Mountain for many years. She was a communicant of St. Bernard's Church, Lyon Mountain and a member of the Lyon Mountain Fire Dept. Auxiliary. Her passions included watching her sons play sports, traveling with Tom when he played with the NY Yankees and her grandchildren who all loved going to grandma's where they played dress-up and were fed anything and everything. Donna was a dedicated Yankee fan and Lyon Mountain Miner fan. She enjoyed doing hair, going to the casino with the ladies, playing cards, bowling, cooking, baking and spending winters in Florida. She also enjoyed spending time at camp on Chateaugay Lake and boating. Donna is survived by her husband, Tom of 50 years; two sons and daughters-in-law, Tom and Rhonda Kowalowski, Jerry and Sherri Kowalowski; five beloved grandchildren, Kandis, Morgan, Connor, Keller and Kaden; a sister and brother-in-law, JoAnn and Alex Benware; brothers-in-law and sisters-in-law, Tony and Linda Kowalowski, Jim and Linda Kowalowski, Charlie and Sandy Kowalowski, Theresa and Matt Lasky, Pete and Laurie Kowalowski; several nieces, nephews and cousins. She was predeceased by an infant son, Lawrence; her parents; her father-in-law and mother-in-law, John and Anna Kowalowski, and a brother-in-law, Richard "Red" Scott. Calling hours will be held at St. Bernard's Church, Lyon Mountain on Friday, Oct. 10 from 4 to 7 p.m. Mass of Christian Burial will be celebrated at 11 a.m. on Saturday, Oct. 11 in St. Bernard's Church with Rev. Ted Crosby officiating. Donations in her memory may be made to Lyon Mountain Fire Dept.

Donna C. Kowalowski, 70, of Keysor St., Lyon Mountain passed away after a long illness on Tuesday, Oct. 7, 2014 at Dartmouth-Hitchcock Medical Center, Lebanon, NH. Born in Malone, NY on May 10, 1944, she was the daughter of Floyd and Gloria... View Obituary & Service Information

The family of Mrs. Donna C. Kowalowski created this Life Tributes page to make it easy to share your memories.

Send flowers to the Kowalowski family.