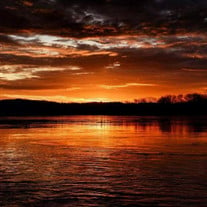 Doris J. Gardner, 88, of Malone, NY died Thursday, August 13, 2020 at her son’s home with her son, Charlie and daughter-in-law, Penny by her side. Born on June 6, 1932 in Malone, NY, she was the daughter of Mary Jane Robinson Badore. She was married to Wayland J. “Pete” Gardner. He predeceased her on Feb. 29, 1984. Doris lived all of her life in Malone with a brief stay at her daughter’s home in Allentown, PA. She graduated from Franklin Academy with the Class of 1949 and the Champlain Valley School of Nursing, Plattsburgh in 1952. She was engaged in professional nursing all of her adult life and worked for CVPH Medical Center, Albany VA Hospital, Alice Hyde Medical Center, Dr. Gaspar, Dr. Gorman and the Franklin County Nursing Home. She retired from Franklin Correctional Facility in 1999. Doris was an instructor for the Malone School of Practical Nursing and North Country Community College Practical Nursing Program. Doris and her husband owned and operated East End Grocery and Gardner Ice Co. until his death in 1984. She continued the ice company with her son until 1988. She is survived by a son and daughter-in-law, Charles and Penny Gardner of Malone, NY; a daughter and son-in-law, Donna Jo and Osamu Mizuhara of Allentown, PA; three grandsons, Gregory Gardner of Houston, TX, Jonathan Gardner of Malone, NY, Matthew Mizuhara of Ambler, PA; a granddaughter, Lauryn Mizuhara of Plains, PA; two great-grandchildren, Ian Charles Gardner and Natalie Southworth, both of Malone; several nieces and nephews. Besides her husband, she was predeceased by her mother; her stepfather, William “Bill” Murray and brother, Harold Badore. There are no calling hours. A graveside service will be held at Notre Dame Cemetery, Malone on Tuesday, August 18 at 11 a.m. Donations in her memory may be made to Hospice of the North Country.

The family of Mrs. Doris J. Gardner created this Life Tributes page to make it easy to share your memories.