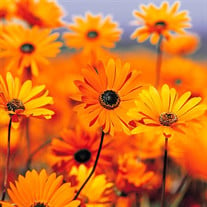 Doris Hebert, 80, formerly of Ellenburg Center died Wednesday, Oct. 11, 2017 at the home of her daughter surrounded by her loving family and aided by Hospice of the North Country. Born in Ellenburg, NY on Jan. 18, 1937, she was the daughter of Merritt and Mary Ann (Cook) Blow. She was married to Ernest Hebert on April 14, 1956 in St. Edmund's Church, Ellenburg by Rev. Taylor. He predeceased her on Feb. 21, 2007. Mrs. Hebert graduated from Ellenburg Central School. In her early years, Mrs. Hebert was employed at the Slipper Factory in both Bombay and Malone for several years. She was also employed at Harrigan’s Tastee Freeze, Brainardsville from 1976 until 2008. Mrs. Hebert is survived by 3 daughters and sons-in-law, Cheryl and Chris Langlais of Milton, Vermont, Cindy and David Hoff of Ellenburg Center, Carla and Sherwood Dubrey of Chazy Lake; 2 sons and a daughter-in-law, Clifford Hebert of Malone, Christopher and Sonya Hebert of Champlain; 12 grandchildren, Gilles, Jason, Keith, Amy, Bobbi-Jo, Daniel, Marie, Danny, Janice, Heath, Stacey, Mathew; 14 great-grandchildren; 1 great-great-grandchild; 4 step-grandchildren; 4 step-great-grandchildren; 2 brothers and sisters-in-law, William and Sis Blow of Chateaugay, Carl and Joan Blow of Florida; several nieces and nephews. Besides her husband, she was predeceased by her parents; two sisters, Helen Miller and Kay Blow; four brothers, Henry, James, Roland and Marvin Blow. Calling hours will be held at the Chateaugay Funeral Home on Saturday, October 14, 2017 from 10 a.m to 12 p.m. A funeral service will immediately follow at 12 p.m. in the funeral home chapel with lay speaker Cora Smith. Entombment will take place at Whispering Maples Memorial Gardens, Ellenburg Depot . Donations in her memory may be made to Hospice of the North Country. Online condolences may be offered at www.chateaugayfuneralhome.com

Doris Hebert, 80, formerly of Ellenburg Center died Wednesday, Oct. 11, 2017 at the home of her daughter surrounded by her loving family and aided by Hospice of the North Country. Born in Ellenburg, NY on Jan. 18, 1937, she was the daughter... View Obituary & Service Information

The family of Mrs. Doris Hebert created this Life Tributes page to make it easy to share your memories.

Send flowers to the Hebert family.