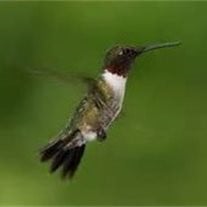 Dorothy Louise Hoy, 82 of Chateaugay Lake, died Saturday November 2, 2013 at her daughter's home in Lyme, NH after a short battle with cancer. Dorothy was born December 24, 1930 to Sarah Elizabeth Lilley in Pittsburgh, Pennsylvania. She was raised in New Salem, PA by her parents Sarah and Warren Hilliard with her sister, Alice Hilliard. She graduated from Uniontown High School in 1949. She became a medical secretary and transcriptionist and worked in a variety of health care settings. At the age of 26, she met her husband Lowell R. Hoy and moved to Denver Colorado where she had her first child, Jodene. She and Lowell then moved back to Pittsburgh, PA where they had two additional children, Marvin and Karen. Dorothy was actively involved in her children's academic and extracurricular activities and was an extraordinary mother. She and her husband retired and moved to their summer home on Chateaugay Lake in 1986 and resided there ever since. Her husband Lowell died unexpectantly in May 2011 at the age of 80. Dorothy enjoyed spending time with her sister Alice and her children. She enjoyed traveling with her husband, cooking, reading, flower gardening and spending time with her pets. She spent her final 3 months at her daughter Karen's home in Lyme, NH receiving Hospice Care. She is survived by her sister Alice Hilliard, 76 of Brainardsville, her son Marvin Hoy, 54 and his wife Sheila of Brainardsville, her daughter Jody Lavoie, 55 of Chateaugay and her daughter Karen, 50 and her husband Josh Secore of Lyme, NH. She is also survived by four grandchildren: Jenna Hott, Astrid Strydom, Jocelyne Lavoie and Jacqueline Gilbert as well as a great grandson, Peter McDermott. There are no calling hours. A funeral service will be held at the Chateaugay Funeral Home on Church Street at 11:30 am on Saturday November 9, 2013 with Rev. Robert Lattalian officiating. Burial will take place at the Brainardsville Cemetery. A reception will follow the burial at the Brainardsville Family Center (formerly St. Jude's Church). Donations can be made in lieu of flowers to the NH/VT VNA and Hospice or American Cancer Society.

Dorothy Louise Hoy, 82 of Chateaugay Lake, died Saturday November 2, 2013 at her daughter's home in Lyme, NH after a short battle with cancer. Dorothy was born December 24, 1930 to Sarah Elizabeth Lilley in Pittsburgh, Pennsylvania. She was... View Obituary & Service Information

The family of Mrs. Dorothy Louise Hoy created this Life Tributes page to make it easy to share your memories.

Send flowers to the Hoy family.