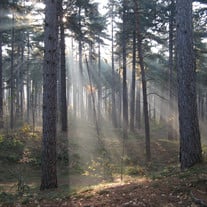 Earl W. Guerin, 75, formerly of Burke, NY died Tuesday, March 6, 2018 at The Alice Center, Malone, NY. Born on Aug. 19, 1942 in Burke, NY, he was the son of William and Monica (LaPlante) Guerin. They predeceased him. Mr. Guerin attended local schools. He enlisted in the U.S. Army in 1964 and was honorably discharged in 1966. He was employed by the Malone Evening Telegram for 12 years and Perigo’s Malone Concrete. He was a member of the Burke Baseball Team. He enjoyed the outdoors and spending time by the river. He especially enjoyed spending time with his great-nieces and nephews. He is survived by two sisters, Sharon Heredia and her husband, Dee of Burke, Donna LaFlesh and her husband, Gene of Burke; nieces and nephews, Tina Heredia and her fiancé, David Patnode, Jody LaFlesh and his wife, Kelli, Mike Heredia and his wife, Amanda, Lorenzo Heredia and his wife, Joanne, Joelle LaPoint and her husband, Larry; great-nieces and nephews, David Heredia, Alexander LaFlesh, Nicholas LaFlesh, Derick Heredia, Jeremy Patnode, Paeytnn Heredia, Emily Patnode, Christy Patnode, Sophia Heredia; several aunts and uncles. Calling hours will be held at the Chateaugay Funeral Home on Friday, March 9 from 5 to 8 p.m. A Mass of Christian Burial will be celebrated at 11 a.m. on Saturday, March 10 in St. George’s Church with Rev. Thomas Kornmeyer officiating. Spring burial will take place at St. George’s Cemetery, Burke. Donations in his memory may be made to the Burke Fire Dept. Ladies Auxiliary.

The family of Mr. Earl W. Guerin created this Life Tributes page to make it easy to share your memories.

Send flowers to the Guerin family.