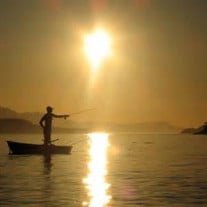 Elizabeth A. “Betty” Taylor, 73, of Mill Street, Burke, died Sunday, December 15, 2019 at her home with her family by her side and aided by Hospice of the North Country. Born on September 11, 1946, in Churubusco, NY, she was the daughter of William and Florence (Tebo) Tavernia. Betty was married to Edward J. Taylor on November 27, 1965. He predeceased her on January 3, 2018. She was a stitcher at Tru-Stitch in Malone for over 35 years and worked at Mirror Lake Inn, Lake Placid for several years. Betty was a former member of the Burke Fire Department Auxiliary and was a communicant of St. George’s Church, Burke. She enjoyed bowling, playing cards and darts, fishing with her husband and outdoor activities with her friends and family. Betty is survived by a son, John E. Taylor; a daughter, Tammy Soulia and her companion Rickey French; three grandsons, Derek Cook and his wife, Danielle, Ryan Soulia and his companion, Brandi Hernandez, Darren Taylor; a granddaughter, Allison Taylor and her companion, Michael Tallman; a great-grandson, Camden Tallman; three sisters, Marjorie Boadway of Chateaugay, Jean Brockway and her husband, Robert of Tennessee, Joyce Barlow of Milford, VA; a brother, Eddie Tavernia and his wife, Veronica of Chateaugay. Besides her husband, she was predeceased by her parents, four brothers, William, Thomas, James and Charles Tavernia and three sisters, Rita Morrison, CarolAnn Tavernia and Lillian Dupra. Calling hours will be held at the Chateaugay Funeral Home on Friday, December 27, 2019 from 3 p.m. to 6 p.m. A funeral service will immediately follow in the funeral home chapel at 6 p.m. Donations in her memory may be made to the Burke Fire Department.

The family of Mrs. Elizabeth "Betty" Taylor created this Life Tributes page to make it easy to share your memories.

Send flowers to the Taylor family.