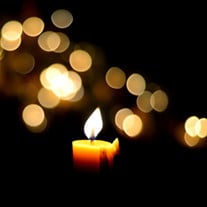 Evelyn E. Blair, 92, of Malone died Monday, Dec. 23, 2019 at the Alice Center, Malone. Born on April 29, 1927 in Constable, NY, she was the daughter of Charles and Ida Mae (Spinner) Rousell. She was married to William J. “Jack” Blair. He predeceased her. Mrs. Blair lived all her life in the Malone area and attended schools in Constable. She was employed by Tru-Stitch Moccasin Corp. as a machine operator for 25 years. She then became employed by the Franklin County Nursing Home as a nurse's aide, retiring 1989. She was a communicant of Notre Dame Church and former member of the Moose. She is survived by a daughter, Donna Lee Fisher of West Monroe, NY; a daughter-in-law, Ginger Blair of Malone; three grandchildren, Matt Fisher of Syracuse, Peter Blair of Malone, Brianna Collins of Malone; two great-grandchildren, Mandalee and Evan Fisher; s brother, Joseph Rousell of Westville. Besides her husband, she was predeceased by her parents; a son, William Blair; a son-in-law, Vaughn Fisher; a granddaughter, Amanda Fisher; three brothers, Kenneth, Lawrence and Peter Rousell; four sisters, Elizabeth Boadway, Florence Tavernier, Agnes Avery and Kathleen Yaddow. Services will be private and at the convenience of the family. Burial will take place at St. Francis Cemetery, Constable.

The family of Mrs. Evelyn E. Blair created this Life Tributes page to make it easy to share your memories.

Send flowers to the Blair family.