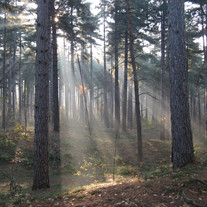 Frank A. Gokey, 75, of the Stacy Rd., Malone died Wednesday, January 24, 2018 at his home surrounded by his loving family and aided by Hospice of the North Country. Born on Feb. 21, 1942 in Churubusco, NY, he was the son of Norman and Amelia (Fisher) Gokey. He was married to Helen Malark on April 8, 1961 in St. Francis of Assisi Church, Constable by Rev. McNamara. Frank graduated from Franklin Academy, Malone with the Class of 1960. He was employed by the NYS Dept. of Transportation, Malone Dept. of Public Works, retiring as a school bus driver from the Malone Central School District in 1997. He was a communicant of St. George’s Church, Burke and a lifetime member of the Knights of Columbus for over 40 years. He was also a member of the Amvets for 5 years and the Moose Lodge for 37 years. Frank was an avid fairgoer, loved dancing and enjoyed spending time with his family and friends. He is survived by his wife of 56 years; 7 children and their spouses, Debra and Fred McQuinn of Albany, Steven and Marsha Gokey of Malone, David and Linda Gokey of Burdett, Mark and Barbara Gokey of Malone, Darlene and Ben Benoit of Douglassville, PA, Kevin and Heather Gokey of Montour Falls, NY, Denise Legacy of Ogdensburg; 17 grandchildren, Andrew, Amanda, Adam, Alison, April, Austin, Alex, Amy, Stephenie, Jessie, Paul, Nick, Kristen, Ashley, Kayla, Madelyn and Lauren; 7 great-grandchildren, Lillian, Lucille, Isabella, Kristopher, Kendsley, Logan, Lea; 2 sisters and a brother-in-law, Elaine and Herman LeClair of Burke and Yvonne Spinner of Burke; several nieces and nephews. He was predeceased by his parents; a son, Frank Robert Gokey in 1961; a daughter, Diane Marie Gokey in infancy in 1971; two brothers, Donald and Marshall Gokey and a brother-in-law, Bob Spinner. Calling hours will be held at St. Mary-Murphy-Wilcox Funeral Home on Friday, Jan. 26 from 2 to 4 and 6 to 9 p.m. A Mass of Christian Burial will be celebrated at 10 a.m. on Saturday, Jan. 27 in St. George’s Church, Burke. Spring burial will take place at St. Francis Cemetery, Constable. Donations in his memory may be made to the wishes of the family. Arrangements are with the St. Mary-Murphy-Wilcox Funeral Home. Online condolences may be offered at www.chateaugayfuneralhome.com.

Frank A. Gokey, 75, of the Stacy Rd., Malone died Wednesday, January 24, 2018 at his home surrounded by his loving family and aided by Hospice of the North Country. Born on Feb. 21, 1942 in Churubusco, NY, he was the son of Norman and Amelia... View Obituary & Service Information

The family of Mr. Frank A. Gokey created this Life Tributes page to make it easy to share your memories.

Send flowers to the Gokey family.