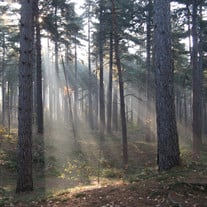 Frederick K. Ahders, 78, of State Rt. 189, Churubusco died Wednesday, Dec. 4, 2019 at his home. Born on May 6, 1941 in Sharon, CT, he was the son of Frederick William and Alice May (Myers) Ahders. He was married to Verva Parker on April 25, 1998 at the Chateaugay Town Hall. Frederick graduated from Webutuck High School was employed for Trotta’s Supermarket for over 20 years. He was also employed at State Taconic DDSO as a therapy aide, retiring in 1999 after over 20 years of service. He owned and operated Ahders’ Lawn Service and was a cook for Camp Sloane for many years. Frederick was a member of the Presbyterian Church in Millerton, NY. He is survived by a brother, Billy Ahders of Millerton; his wife of 21 years; five children, Keith Ahders, Robert Snyder and his wife, Dorothy of Chateaugay, John Snyder and his wife, Lynn of Amenia, NY, Tammy Farrell of Churubusco, Lesa Hunt and her husband, John of Schuyler Falls; 12 grandchildren, Kayla, Erika, Bowie, Cassandra, Brianna, Zachariah, Adam, Jeremiah, Charity, Jasmine, Sammy and Alexis; one great-granddaughter, Isabella. He was predeceased by his parents and a granddaughter, Elizabeth Snyder. Services will be announced at a later date.

The family of Mr. Frederick K. Ahders created this Life Tributes page to make it easy to share your memories.

Send flowers to the Ahders family.