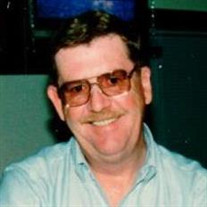 Robert G. Collins Sr., 72, of Malone, NY died Sunday, November 19, 2017 at UVM Medical Center, Burlington VT. Born on February 25, 1945 in Wayne, MI, he was the son of George and Margaret (Tobin) Collins. Mr. Collins graduated from Lansingburgh High School in Troy, NY. He served in the United States Air Force as an Airman first class in September of 1963 and was honorably discharged in September of 1967. He became employed as a telephone technician for NY Telephone Company, retiring from Verizon after 32 years of service. He was a member of the American Legion Post 219, the Amvets and was a lifetime member of the Malone Elks Club 1303. He was a big computer and technology enthusiast and enjoyed NASCAR. He loved spending time with his family, especially his grandchildren and great-grandchildren. He married Diana (Brand) Briere on July 6, 1991 at their home with Larry Dunn officiating. He is survived by his wife of 26 years; a daughter, Denise; a son, Robert Jr; a step-daughter, Monique (Steven) Milkovich of Orlando, FL; two step-sons, Mark Briere of Whippleville and Michael Briere of MA; two grandchildren, Stephanie (Jared) Marshall of Malone and Erica Briere of Whippleville; two great-great-grandchildren, Kasen King and Kade Marshall; a sister, Margaret Parnell of Troy, NY and several nieces and nephews. He was predeceased by his parents, two brothers, John Collins and James Collins and a sister, Janice Collins. Calling hours will be held on Friday, November 24 from 9 a.m. to 11 a.m. at the St. Mary-Murphy-Wilcox Funeral Home. A prayer service will follow in the funeral home chapel at 11 a.m. Burial will take place in the spring at Notre Dame Cemetery. Donations in his memory may be made to Malone Rescue Squad, American Cancer Society or a charity of one’s choice.

The family of Robert G. Collins Sr. created this Life Tributes page to make it easy to share your memories.

Send flowers to the Sr. family.