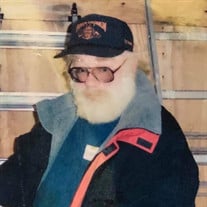 Gary “Papa” Lagasse, 74, of the Smith Road, Ellenburg Center passed away unexpectedly on February 8, 2021. He was born in Malone on April 23, 1946, son of Raymond and Hilda (Carter) Lagasse. He was a very hardworking man who dedicated his life to helping everyone. Saying he was a jack of all trades was an understatement. His family was his life. Being a Papa and Great-Papa made him very proud. Spending time sitting around the kitchen table telling old stories and drinking coffee was known by all. Survivors include his wife of 50 years, Shirley (Barnes); daughters, Stephanie and her fiancé, Russell Welch, Shannon and her fiancé, Anthony Duprey; grandchildren Ryan (Cassandra) Lagasse Winner, Ian Lagasse Winner, Brittany Lagasse Winner, Morgan Clark, Steven Clark, Kevin Clark, Hayleigh Burkett, Destiny Burkett; great-grandson, Gary Ray Lagasse-Winner; sisters, Joanne (Greg) LaBarre, Janet (Jack) Dhaliwal, Linda (Don) Decker, Susie (David) Smith and Karen (Rick) Bout and several nieces and nephews. His favorite past time was spending quality time with the apple of his eye, his favorite little man, Bug ”Gary”. There will be no services at Gary’s request. In lieu of flowers, donation in his memory may be sent to his wife, Shirley.

The family of Mr. Gary "Papa" Lagasse created this Life Tributes page to make it easy to share your memories.

Send flowers to the Lagasse family.