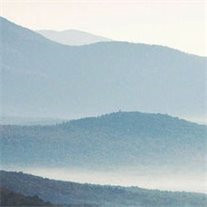 Gilbert Joseph Hebert, "Gibby", 68, of Burke, NY passed away at his home on June 4, 2016. Born in Plattsburgh, NY on February 27, 1948, he was the son of Delmore and Cylinda (LaValley) Hebert. He was married to Sharon White on July 6, 1968 in St. George's Church, Burke. Gibby graduated from Franklin Academy, Malone, NY in 1967. He owned and operated Gil's trailer sales business for 30 years from his home. He was also employed as a correction officer for the NY State Dept. of Corrections for 38 years, retiring from Bare Hill Correctional Facility in 2008. He enjoyed hunting and Oliver tractors. He is survived by his beloved, devoted, loving wife, Sharon (White) Hebert; a son and daughter-in-law, Darrin and Dottie Hebert; grandchildren, Brandon, Brad and Brooke Hebert; two sisters-in-law, Doris Hebert, Jerre White; three brothers-in-law, James Grace, Ted White and Lee White; several nieces and nephews. He was predeceased by his parents; a son, Steven Hebert; siblings, Teresa Dufrane, Joanne Grace, and Ernest Hebert; and a brother-in-law, Jay White. Services will be private and at the convenience of the family. Donations in his memory may be made to Burke Fire Department, Suicide Prevention or a charity of one's choice.

The family of Mr. Gilbert Joseph Hebert created this Life Tributes page to make it easy to share your memories.

Send flowers to the Hebert family.