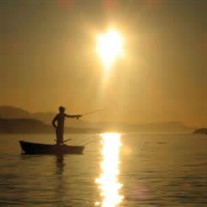 Harold “Dale” Begor, 70, of State Route 37, Westville died Friday, Oct. 22, 2021 surrounded by his loving family and under the care of Hospice of the North Country. Born on May 30, 1951 in Merrill, NY, he was the son of Harold O. and Shirley A. (Jarvis) Begor. He was married to Judy S. Perry on Nov. 26, 2005 at the Moose Club, Malone, NY. Dale graduated from Chateaugay Central School. He was employed by Kimberly Clark in New Milford, CT for over 30 years, retiring in 2006. He was a communicant of Our Lady of Fatima Church, Westville. He enjoyed cooking, going to the casino, crocheting, painting, fishing and being outside working on his lawn. Dale loved music and playing piano. He is survived by his wife, Judy of 15 years; four step-children and their spouses, James and Kelly Valley of Constable, Julie and Jason Sweet of Malone, Jacqueline Connell and her companion, Craig Cox of Malone, Jody and Raymond Valley of Bloomingdale; nine step-grandchildren, one of which serves in the U.S. Army in Texas; five step-great-grandchildren; his father-in-law, Donald Perry and his companion, Theresa Favreau of Westville; his faithful companion, Princess; several cousins, sisters-in-law and brothers-in-law. He was predeceased by his parents; paternal grandparents, Horace and Sadie Begor; maternal grandparents, Wallace and Isabelle Jarvis and his first wife, Vicki Bruisie. There are no calling hours. A graveside service will take place at Sheldon Hill Cemetery, 2155 Plank Road, Ellenburg Depot on Saturday, Oct. 30 at 1 p.m. A celebration of Dale’s life will immediately follow at his home in Westville. Donations in his memory may be made to the American Cancer Society or Hospice of the North Country.

The family of Mr. Harold "Dale" Begor created this Life Tributes page to make it easy to share your memories.

Send flowers to the Begor family.