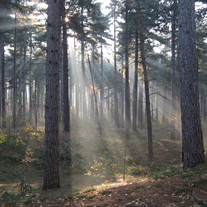 Herbert W. Robinson “Whitey”, 85, of Whippleville, NY, died Thursday, September 06, 2018 at the Alice Center, Malone. Born on January 12, 1933 in Constable, NY, he was the son of Ovid Robinson and Violet Sancomb. Whitey was in a loving and caring partnership with Phyllis Holcomb Robinson for over 40 years. He graduated from Franklin Academy, Malone. He served in the United States National Guard. Whitey worked as a mason for many years, doing private work for several area families and was employed by the Malone School District as a maintenance man for many years before retiring. He enjoyed bowling, shooting darts and having fun with his family and friends. He was a member of the Elks Club in Malone. Whitey is survived by his wife, Phyllis Robinson; 10 children, Laura Burgess of Malone, Michael Robinson and his wife Patty of North Carolina, Paul Jock and his wife Jill of Bangor, Christina Tate and her husband Frank of Spokane, WA; Mark Jock of Spokane, WA, Sharon LaRock and her husband Gene of Malone, Ross Robinson and his wife Sue of North Carolina, Walter Robinson and his wife Denise of Florida, Anona Frensdorf and her husband Joel of Florida, Scott Robinson of Malone; and many grandchildren and great-grandchildren. He was predeceased by his parents, two daughters, Kathy Paquin and Candy Jock and 2 sons, Lloyd Jr and Larry Jock. Calling hours will be held at the St. Mary-Murphy-Wilcox Funeral Home on Monday, September 10 from 2 p.m. to 4 p.m. A prayer service will immediately follow in the funeral home chapel. Burial will be held at St. Mary’s Cemetery, Brushton on Tuesday, September 11 at 3 p.m. Arrangements are with the St. Mary-Murphy-Wilcox Funeral Home.

The family of Mr. Herbert "Whitey" Robinson created this Life Tributes page to make it easy to share your memories.

Send flowers to the Robinson family.