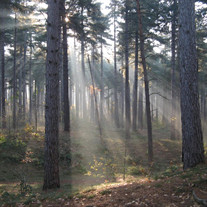 Irving G. Monette, Sr., 78, of Chateaugay passed away on Sept. 15, 2021 at his home surrounded by his family. Born on Aug. 14, 1943 in Mooers, NY, he was the son of the late Donald and Elsie Monette. Irving attended school in Ellenburg and went on to work for the Laborers 186 Union and the Village of Chateaugay, retiring in 2002. He enjoyed raising animals, cutting trees, going to auctions, playing cards, spending time with his family, friends and especially his grandchildren. On April 19, 1980, he was united in marriage to the former Beverly Decker at the Chateaugay United Methodist Church. Besides his wife, he is survived by his daughter and son-in-law, Joyce and Terry Laclair of Malone; his four sons and daughters-in-law, Irving Jr. and Darby, JJ and Jen of Chateaugay, Jason and Jessica, Jesse and Danelle of Churubusco; his grandchildren, Jocelyn and Gary, Terra and Mike, Skylor and Jordyn, Deonte and Ashlyn, Alexis and Cameron, Hannah, Lucas and Brook, Aiden, Rosalee; step-grandchildren, Trent and Haven and six great-grandchildren. He is also survived by five siblings and their spouses, Pearl Provost, Shirley Cole, Betty and Steve Danussi, Judy and Jerry Wilder, Maynard and Carol Monette; his father-in-law and mother-in-law, John and Barbara Decker; brothers-in-law and sisters-in-law, John and Rosemary Decker, Linda Decker and Joel Cassavaw, Betty Prue and Leo Lavalley, Carol Ann and Kenny King, Mary Juneau, Shirley and Ronald Cudworth, Donna and Gary White, and Gerald Decker. Along with his parents, he was predeceased by his brother and sister-in-law, Morris and Barbara Monette; sister-in-law, Jomarie Decker. Calling hours will be held at the Chateaugay Funeral Home on Monday, Sept. 20 from 4 to 7 p.m. A Mass of Christian Burial will be celebrated at 11 a.m. on Tuesday, Sept. 21 at St. Patrick’s Church, Chateaugay. Burial will take place at St. Patrick’s Cemetery, Chateaugay. Donations in his memory may be made to the Chateaugay Fire Dept. or St. Patrick’s Church.

Irving G. Monette, Sr., 78, of Chateaugay passed away on Sept. 15, 2021 at his home surrounded by his family. Born on Aug. 14, 1943 in Mooers, NY, he was the son of the late Donald and Elsie Monette. Irving attended school in Ellenburg and went... View Obituary & Service Information

The family of Mr. Irving G. Monette Sr. created this Life Tributes page to make it easy to share your memories.

Send flowers to the Monette family.