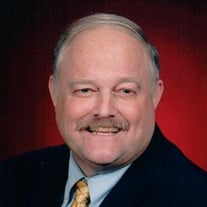 James “Jim” McKee III passed away with his family at his side on the bright fall morning of October 19th, 2016 in Philadelphia, Pennsylvania. He was born in Cooperstown, NY on Mother’s Day, May 9th, 1948. In his early years at Halfawn, his family home, he enjoyed working on his neighbors’ farms. This planted the seed for his life-long interest in farming. Early in his teenage years his family moved to Delmar, NY where he graduated from Bethlehem Central High School. He was a varsity letter winner in football (starting defensive nose tackle), wrestling, and track. He learned to sail at a young age and continued the hobby throughout much of his life. He attended Syracuse University where he was a brother in the Sigma Chi fraternity. He graduated from Syracuse with a Bachelor of Science and a Master’s degree in Business and Accounting. After Syracuse he worked for Gulf and Western, one of the “Big 8” accounting firms in New York City. This position took him on assignments ranging from South America to Europe. He left Gulf and Western for a senior position with the firm of Telling, Kelting & Potter, based in Plattsburgh, NY. Fortunately for him while on assignment in Malone, he met his wife of 39 years, Molly. They were married at the First Congregational Church of Malone by Reverend Thomas Wright and Father George Tobin on September 3, 1977. In 1978, he established his accounting practice with the purchase of the Malone branch of Telling, Kelting & Potter. He eventually retired from full time accounting in 2014. He continued working primarily as a Certified Financial Planner until his death. A perpetual entrepreneur, he founded many companies including: J.J McAir, an air machine service company, Adirondack Ice, an ice manufacturing and distribution company, McKee Warehousing, a commercial warehouse, a water and coffee service, Adirondex, a sports newspaper, and eventually bought a dairy farm. Throughout his various business ventures, he always treated his employees well and was genuinely concerned for their well-being. He most recently served as CFO of Asept Pak and SterRx LLC before retiring in July 2016. His civic accomplishments included serving as the Executive Secretary of the Malone Golf Club for 24 years, helping guide them through a period of massive growth and change. He served on the Malone Central School Board. He was a past President of the Kiwanis Organization. He was on the Board of Directors for Citizen National Bank (Community Bank). He was a member of the Academic Board of Trustees of Franklin Academy for decades. He was the longstanding Treasurer of the Franklin County Conservative Party. He served as a Deacon and Trustee of the First Congregational Church of Malone. He was a member of the Malone Lodge of Elks and served as a past Treasurer. In his personal life he enjoyed the game of golf, which he took up after meeting his wife. It is something they enjoyed doing together. He was an avid sports fan following the Red Sox, Expos, the Philadelphia Eagles, and Syracuse University sports. He had a strong religious faith an attended services most recently at the First Presbyterian Church in Chateaugay, NY. He lived a selfless life of service to his community, his church, and his family. His family was his greatest joy. He was a dutiful, wonderful husband, brother, father, son, and grandfather. He made every attempt to attend his children’s sporting or scholastic events. He was a steadfast supporter of his wife’s many social engagements. In life he was a fairly quiet individual, content to observe and enjoy. He was forever inquisitive and always thinking, reading, and asking questions. When things did not go his way, he never complained and was always very forgiving. He enjoyed the beauty of the natural world and sharing it with others. He is survived by his wife Molly McKee and his mother-in-law Pauline Murphy, his children, James McKee IV (Niurka Diaz) and Jen (Chris Hall) and his grandchildren Alice, Doris and Carol Hall. His brothers Peter (Lynne) McKee, David (Linda) McKee, John (Robin) McKee; his sister-in-law, Joanne Murphy; his nieces and nephews Katie (Nick) Moshier Suhr, Ali (Steve) Chamberlain, Rachel (Niko) Garoufalis, Erika McKee, Rebecca McKee, Rosie McKee, Zak McKee, Dani (James) Ford and David Miller and his faithful dog Debit. He was predeceased by his parents James McKee Jr and Doris, his sister Nancy, his father-in-law John B. Murphy, his nephew Christopher McKee and nephew-in-law Captain Timothy Moshier. Calling hours will be held at the First Congregational Church, Malone on Friday, Oct. 28 from 9:30 to 11 a.m. A funeral service will immediately follow in the church at 11 a.m. with Rev. Dean Chapman of the Chateaugay Presbyterian Church officiating. The family requests that donations in Jim’s memory be directed to The Academic Board of Trustees of Franklin Academy in c/o of Steve Vanier, Treasurer, 367 West Main Street, Malone, NY 12953, the First Congregational Church, 2 Clay Street, Malone, NY 12953, or the First Presbyterian Church, 63 E Main Street, PO Box 555, Chateaugay, NY 12920. Jim benefited from organ donation. The family would also ask you to consider organ donation and becoming a blood donor.

The family of Mr. James McKee III created this Life Tributes page to make it easy to share your memories.

James “Jim” McKee III passed away with his family at his side...

Send flowers to the McKee family.