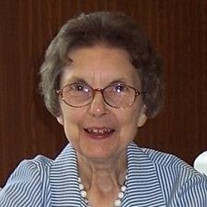 Jennie “Emma” Perry, 81, of Brainardsville, NY died peacefully at home on November 24, 2016. Born at Chateaugay Lake on March 1, 1935, Emma was the daughter of Clayton and Amelia (Richey) Cheyne. She attended Chateaugay High School then received bachelor and graduate degrees from SUNY Geneseo and SUNY Potsdam. She worked briefly in the Mineola, Menands, and Chateaugay school systems before establishing a long, rewarding career at Flanders Elementary School in Malone. Emma absolutely loved to read. In her tenure as a school librarian, she touched the lives of countless children and introduced them to the wonders of books and literature. Emma married her beloved husband of 50 years, John “Jack” Perry on November 25, 1966. She is survived by Jack, two sisters, Betty C. Jones of NYC and Carol (Kenneth) Walton of Chateaugay, a brother, Kenneth Cheyne of Chateaugay and numerous nieces, nephews and their families. Emma was predeceased by her parents, two brothers, Donald and Robert, and two sisters, Mary and Marsha. Emma cherished her family and was devoted to her friends and community. She was a longstanding board member for both the Chateaugay Memorial Library and Historical Society. Her gentle spirit and kind heart will be greatly missed by all. A graveside service was held at the Brainardsville Cemetery on November 29. A memorial service has been planned for the spring and will be announced later. Memorial gifts may be made to the Chateaugay Historical Society, P.O. Box 123, Chateaugay, NY 12920.

The family of Mrs. Jennie "Emma" Perry created this Life Tributes page to make it easy to share your memories.

Send flowers to the Perry family.