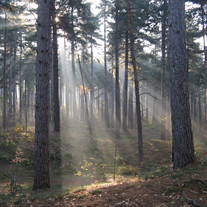 John B. “Jack” Perry of Brainardsville, New York passed away January 20, 2017 at the Alice Hyde Medical center, just 2 months after his wife of 50 years, Emma Cheyne Perry, passed away. Born in Brainardsville, NY on January 11, 1935, John was the son of Marguerite Gardner Perry and Joseph Barrett Perry who predeceased him. For the first six years of his education, John attended the Brainardsville School. In 1955, John graduated from Chateaugay Central School and was drafted into military service in October of 1957. He served two years of active duty and was honorably discharged in October of 1959, and continued to serve in the Army Reserve until 1963. In the fall of 1961, he enrolled in the building trades program at SUNY Delhi, graduating with an associate’s degree in 1963. Later that year, he founded Perry’s Construction Company, specializing in light commercial and residential building. Many of his projects are throughout the local area and John covered all aspects of each project, including plumbing, heating and electrical. In 1971, his brother Joe joined him and together they founded and operated Perry’s Custom Woodworking. Specializing in millwork and custom cabinetry, they worked on commercial projects all over New York and Vermont. John retired in 2003. He married the former Jennie “Emma” Cheyne, on November 25, 1966. She predeceased him on November 24, 2016. John is survived by his sister Margaret (John) Boyea of Chateaugay; his brother Joseph (Ann) Perry of Chateaugay Lake; brother-in-law Kenneth Cheyne of Chateaugay; sisters-in-law Carol (Kenneth) Walton of Chateaugay and Betty Jones of New York City; and several nieces and nephews. Besides his parents, he is predeceased by a brother Bernard G. Perry; brothers-in-law Donald and Robert Cheyne; and sisters-in-law Mary Cheyne Kramer and Marsha Cheyne. John was a member and past president of the Chateaugay Rotary Club as well as a Paul Harris Fellow with Rotary International. In his retirement, John served as a Building Code Officer for the Town of Bellmont, a Commissioner for the Chateaugay Fire Department and worked on the Franklin County Republican Committee. John was an avid photographer, particularly enjoying wildlife and nature scenes. He also greatly enjoyed bowling, curling and tennis. John was a quiet man who liked to tease and was always eager to lend a hand. Calling hours will be held at the Chateaugay Funeral Home on Thursday, January 26 from 10am to noon with a prayer service following. Burial will be at Brainardsville Cemetery. A memorial service has been planned for May 13 at 2 p.m. at the Brainardsville Methodist Church for both John and Jennie. In lieu of flowers, donations in his memory may be made to the Farrar Home in Malone, the Chateaugay Fire Department, or the Chateaugay Rotary Club.

The family of Mr. John B. Perry created this Life Tributes page to make it easy to share your memories.

John B. “Jack” Perry of Brainardsville, New York passed away...

Send flowers to the Perry family.