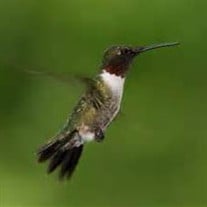 Karen Frances Kavanaugh, 60, of Chateaugay, NY, died Sunday, October 20, 2019 at the Alice Hyde Medical Center, Malone. Born on January 10, 1959 in Malone, NY, she was the daughter of Francis David and Olive Alice (Gillett) Kavanaugh. Karen graduated from Chateaugay Central School and was an avid Bulldogs fan. She worked at North Star for 38 years and was one of the longest employed. She competed in the Special Olympics on both the local and national level and was awarded Athlete of the Year in 1992. Karen was a member of the Chateaugay American Legion Ladies Auxiliary. She was an avid bowler and a diehard Yankees and Montreal Canadiens fan. Karen is survived by her mother, Olive; three siblings, James Kavanaugh and his wife, Brenda of Henrietta, NY, David Kavanaugh and his wife, Lisa of Plattsburgh, Patti Robertson and her companion, Rob Stout of Chateaugay; six nieces and nephews, Robert and Jill Kavanaugh, Taylor Robertson, Cammi and Chloe Champagne, Gary Nye; two great nieces, Josie Kavanaugh and Shaelyn Nye. She was predeceased by her father. Calling hours will be held on at the Chateaugay Funeral Home on Thursday, October 24 from 3 p.m. to 6 p.m. A funeral service will be held at the Chateaugay Funeral Home on Friday, October 25 at 2 p.m. Burial will be held in St. Patrick’s Cemetery, Chateaugay.

The family of Ms. Karen Frances Kavanaugh created this Life Tributes page to make it easy to share your memories.

Send flowers to the Kavanaugh family.