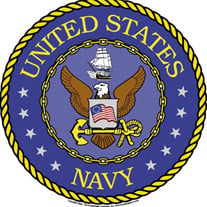 Kenneth F. Bolia, 90, formerly of Belle Avenue in Chateaugay, NY, passed away on Thursday, October 26, 2017 at the Farrar Home, Malone where he was a resident for the past two years. Ken was born on May 10, 1927 in Beekmantown, NY to Earl Bolia and Elsie (Miller) Bolia Brooks. He attended local schools. He served as a Fireman, First Class in the US NAVY in World War II from May of 1944 to June of 1946 in Japan and Pearl Harbor and was honorably discharged. Ken married Frances Soucia Bolia on October 14, 1946 at St. Patrick’s Church, Chateaugay. Frances predeceased him on March 8, 1999. Ken worked as a miner at Lyon Mountain, NY for many years. He then worked for Republic Steel in Troy, then briefly for the town of Chateaugay and he retired from Elliot and Hutchins in Malone, NY. He is survived by his son, Robert K. Bolia and his partner Sandra Haggett of Norfolk; two grandsons, Scott R. Bolia and his fiancée Lisa Caskinette of Massena and Michael J. and his wife Amy Bolia of Winthrop; three great grandchildren, Michael, Anthony and Makayla Bolia of Massena; extended family Michael, Abigail and Isabel Haggett of Maine; four sisters, Donna and Loren LaBombard, Linda Meyers, Verda and Calvin Downer and Hildred Broso; two brothers, Ronald and Sandra Bolia and Leeward and Sharon Bolia. He is predeceased by his wife, parents and a brother and sister, Norman Bolia and Mildred Walts. Ken was a member of the Chateaugay American Legion Post 875, being awarded Legionnaire of the Year in 1991-1992, and serving as the chaplain at one time. Calling hours will be held at the Chateaugay Funeral Home on Sunday, October 29 from 2 to 4 p.m. and 7 to 9 p.m. A Mass of Christian Burial will be celebrated at St. Patrick’s Church, Chateaugay, Monday October 30 at 11 a.m. Entombment will take place at Whispering Maples Memorial Gardens, Ellenburg Depot with military honors provided by the Chateaugay American Legion. Arrangements are with the Chateaugay Funeral Home. Online condolences may be offered at www.chateaugayfuneralhome.com.

Kenneth F. Bolia, 90, formerly of Belle Avenue in Chateaugay, NY, passed away on Thursday, October 26, 2017 at the Farrar Home, Malone where he was a resident for the past two years. Ken was born on May 10, 1927 in Beekmantown, NY to Earl Bolia... View Obituary & Service Information

The family of Mr. Kenneth F. Bolia created this Life Tributes page to make it easy to share your memories.

Send flowers to the Bolia family.