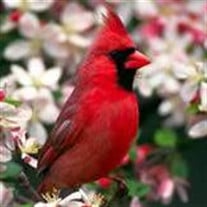 Kenneth Joseph O’Neill, 87, of Chateaugay, died Monday, October 15, 2018 at his home surrounded by his family and assisted by Hospice of the North Country. Born on December 16, 1930 in Chateaugay, NY, he was the son of John F. and Mary (Ryan) O’Neill. He was joined in marriage to Katherine “Kate” Jones on February 19, 1955 in St. Patrick’s Church, Chateaugay by Rev. Daniel Keefe. She predeceased him on December 18, 2006. Kenny graduated from Chateaugay High School and Bentley School of Accounting in Boston. He enlisted in the United States Army in February 1952 and was honorably discharged in December 1953 following active duty service on the Korean Peninsula. Kenny was a bus driver for Chateaugay Central School District for 37 years and a letter carrier for the United States Postal Service for 42 years. He was bus driver for the NYS Department of Corrections at Barehill, Malone from 1993 to 2009, before retiring. He was a communicant of St. Patrick’s Church, Chateaugay. Kenny was a past Fire Chief and Associate A Member of the Chateaugay Fire Department and a member of the Chateaugay American Legion. Kenny is survived by three sons and two daughters-in-law, Kerry O’Neill of Korea, Kelly and Janet O’Neill of Boise, ID, Kevin and Roberta O’Neill of Chateaugay Lake; four grandchildren, Alba, Jeremy, Katelyn and Sean; as well as several brothers-in-law, sisters-in-law, nieces and nephews. Besides his wife, he was predeceased by his parents; a brother, Patrick O’Neill; three sisters, Belle Baker, Dot Finger and Fran Hanley. Calling hours will be held at the Chateaugay Funeral Home on Friday, October 19 from 4 p.m. to 7 p.m. A Mass of Christian Burial will be celebrated at St. Patrick’s Church, Chateaugay on Saturday, October 20 at 10 a.m. with Rev. John Looby officiating. Burial will be held at St. Patrick’s Cemetery, Chateaugay. Donations in his memory may be made to St. Patrick’s Church.

Kenneth Joseph O&#8217;Neill, 87, of Chateaugay, died Monday, October 15, 2018 at his home surrounded by his family and assisted by Hospice of the North Country. Born on December 16, 1930 in Chateaugay, NY, he was the son of John F. and Mary... View Obituary & Service Information

The family of Mr. Kenneth "Kenny" Joseph O'Neill created this Life Tributes page to make it easy to share your memories.

Send flowers to the O'Neill family.