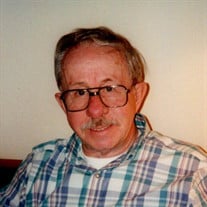 Kenneth C. Walton, 92, of Stuart Ave, Chateaugay, passed way Monday, April 25, 2022 at his home surrounded by his family and aided by Hospice of the North Country. Born on April 28, 1929 in Black River, NY, he was the son of Clifford and Antoinette “Betty” (Bettinger) Walton. He was married to Carol R. Cheyne on October 9, 1948 at the Chateaugay United Methodist Church by Rev. V.G. Nichols. She predeceased him on January 25, 2017. Ken graduated from Black River High School. After graduation he entered the work force spending his career working for the NYS Department of Transportation as a civil engineer. After retirement he worked for Perry’s Construction in Brainardsville for several years. He was a skilled mason. He was a member of the Frontier Lodge 517 Free and Accepted Masons. Ken was a life member of the Malone Golf Club and the Experimental Aircraft Association (EAA) in Plattsburgh. He was a member of the Chateaugay Rotary Club and was a recipient of the Paul Harris Award. Ken and Paul Ryan designed the original Chateaugay Rec Park. Ken enjoyed building model airplanes and always had an interest in flying and became a pilot around 1960. Ken decided to build two planes. He would provide the fabrication and construction expertise and a friend, Frank Dossert would supply the financing. Between 1963 and 1968 they built two planes, Ken’s was a Volmer V-J 22 Sportsman Amphibious model, seating two people with a load capacity of five hundred pounds. Aside from the motor, Ken built, machined and assembled the entire aircraft on Stuart Ave. Ken was an excellent woodworker and enrolled in a welding class, gaining the ability to perform his own metal work as well. After completion of his plane, it was flown for fifty hours after its last inspection to achieve its final certification. Ken’s first flight in the plane was July 23, 1968 and it was flown for almost fifteen years. Ken is survived by his four sons and daughters-in-law, Kevin and Susan Walton of Lorraine, NY, Paul and Iris Walton of Fort Walton Beach, FL, Dale and Lisa Walton of Malone, Dennis and Darlene Walton of Fairport, NY; six grandchildren, Tammy Serow, Tony and Brande Walton, Kristen Lapierre, Bradley and Corey Walton; two step grandchildren, Miranda and Mackenzie Wilson; and six great grandchildren. Besides his wife, he was predeceased by his parents and a brother, Richard. Calling hours will be held at the Chateaugay Funeral Home on Tuesday, May 10, 2022 from 1 p.m. to 3 p.m. Burial will be held in Brainardsville Cemetery. Donations in Ken’s memory may be made to Hospice of the North Country and the Chateaugay Fire Department. The family wishes to give thanks to Hospice of the North Country and a special thank you to his Hospice Angel, Shelley.

Kenneth C. Walton, 92, of Stuart Ave, Chateaugay, passed way Monday, April 25, 2022 at his home surrounded by his family and aided by Hospice of the North Country. Born on April 28, 1929 in Black River, NY, he was the son of Clifford and Antoinette... View Obituary & Service Information

The family of Mr. Kenneth C. Walton created this Life Tributes page to make it easy to share your memories.

Send flowers to the Walton family.