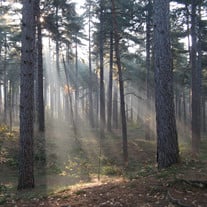 Kieth E. Smith, 80, of Elm St. Malone died Friday, March 3, 2017 at UVM Medical Center, Burlington, VT. Born on Oct. 16, 1936 in Burke, NY, he was the son of Earl and Esther (Moore) Smith. They predeceased him. He was married to Phyllis Ashlaw on June 13, 1987. Kieth graduated from Chateaugay Central School. He enlisted in the U.S. Army on Dec. 19, 1958. He served in communication and intelligence during his time in the military. He was honorably discharged on Feb. 19, 1962. He owned and operated Kieth Smith Construction in Malone for over 45 years where he built many houses, garages and barns. He was an avid reader and loved to hunt, fish and attend his grandchildren’s athletic events. Kieth was a warm, kind, and loving man, a true family man. He is survived by his wife of 30 years; seven children and their spouses, Vicki Smith of Malone, Kerry and Kathy Smith of Malone, Nadine and Brian Leary of Chateaugay, Jeff and Michele Smith of Ithaca, Pam and Dave Bilow of Malone, Mark Prairie of Malone, Keith and Andrea Prairie of Mechanicville; eleven grandchildren, Emily Smith, Cameron and Grace Smith, Keegan, Riley and Ian Leary, Cory and Luke Prairie, Sarah and Glenn Prairie, Alexis Manor; one great-granddaughter, Hailey Prairie; two brothers and sister-in-laws, Richard and Norma Smith of Utica, Neil and Virginia Smith of Burke and several nieces and nephews. He is predeceased by his parents and a brother Brian Smith. Calling hours will be held at St. Mary-Murphy-Wilcox Funeral Home on Tuesday, March 7 from 11 a.m. to 1:45 p.m. A funeral service will immediately follow at 2 p.m. in Notre Dame Church, Malone. Spring burial will take place at St. Joseph’s Cemetery, Lake Titus Rd. In lieu of flowers, donations in his memory may be made to the Hope Lodge or UVM Medical Center ICU in Burlington, VT.

Kieth E. Smith, 80, of Elm St. Malone died Friday, March 3, 2017 at UVM Medical Center, Burlington, VT. Born on Oct. 16, 1936 in Burke, NY, he was the son of Earl and Esther (Moore) Smith. They predeceased him. He was married to Phyllis Ashlaw... View Obituary & Service Information

The family of Mr. Kieth E. Smith created this Life Tributes page to make it easy to share your memories.

Send flowers to the Smith family.