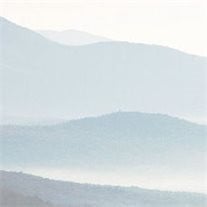 Lawrence C. Rousell Sr., 88, formerly of Constable died Wednesday, Nov. 28, 2012 at Alice Hyde Medical Center, Malone, NY. Born in Burke, NY on March 4, 1924, he was the son of Charles and Ida Mae (Spinner) Rousell. He was married to Rita Tavernia on April 25, 1944 in Notre Dame Church, Malone. She predeceased him on May 8, 2011. Mr. Rousell attended Constable rural school. In his early years, he was employed by local farmers including the Langlois Farm. He was employed by Tru-Stitch and then Collins Feed as a carpenter from which he retired after 30 years of service. After his retirement, he became a self-employed carpenter. Mr. Rousell was a communicant of St. Francis of Assisi Church, Constable. He was a Third Degree Member of the Knight of Columbus, Fort Covington chapter and an honorary member of the Chateaugay chapter. He was active with the Constable and Ellenburg Adult Centers, a member of RSVP and the Green Thumb program. He also drove for Meals on Wheels. Mr. Rousell is survived by three children and their spouses, Susan and Michael Shea of Constable, Roger and Cindy Rousell of Malone, Larry and Judith Rousell of Colton; 7 grandchildren; 13 great-grandchildren; a sister, Evelyn Blair of Malone; two brothers, Joseph Rousell of Westville, Kenneth Rousell of Malone; a sister-in-law, Blanche McGivey of Malone. Besides his wife, he was predeceased by his parents; a son, Arthur Rousell; grandson, Christopher Rousell; two brothers, Pete Rousell and Arthur Rousell in infancy; four sisters, Elizabeth Boadway, Kelly Yaddow, Agnes Avery, Florence Tavernia. Calling hours will be held at St. Francis of Assisi Church, Constable on Saturday, Dec. 1 from 11 am to 1 pm. Mass of Christian Burial will follow at 1 pm in the church. Burial will take place at St. Francis of Assisi Cemetery, Constable. Donations in his memory may be made to Constable Adult Center or Constable Fire Dept.

The family of Mr. Lawrence C. Rousell, Sr. created this Life Tributes page to make it easy to share your memories.

Send flowers to the Rousell, family.