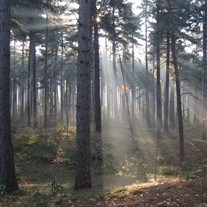 Leon W. Miller, 86, died Friday, September 18, 2020 at his home in Churubusco, NY. Born in Churubusco on December 27, 1933, he was the son of Joseph W. and Laura (Trombley) Miller. Leon was married to Barbara A. Gillette on December 26, 1960 in Churubusco. He graduated from Ellenburg High School in the class of 1953. His first job after graduating was at the Chateaugay Cheese Plant. He then went to work at Clinton County Highway Department and became a Foreman where he retired after working for over 37 years. He also owned and operated a television sales and repair shop at his home for several years. He was a skilled woodworker and made furniture that his family will cherish for years to come. He was well known for his musical abilities and played fiddle, guitar and bass. He was a musician for over 60 years and was best known for his fiddle playing. Leon is survived by his wife of 59 years, Barbara; two sons, Daniel L. Miller and his wife, Dinah and Alan Miller and his companion, Melissa Rabideau; two grandchildren, Jessica and Dane Miller; as well as several nieces, nephews and family members including Veronica Miller, Kim Miller and Irene Miller. He was a devoted husband, father and grandfather and will be deeply missed. He enjoyed his friends, many of which shared his love for music. He was predeceased by his parents; two brothers, Gerald and Harold Miller; five sisters, Evelyn Lagree, Juanita Sprague, Janet White, Madonna Fort and Mable, who died in infancy. At Leon’s request there will be no calling hours.

The family of Mr. Leon W. Miller created this Life Tributes page to make it easy to share your memories.

Send flowers to the Miller family.