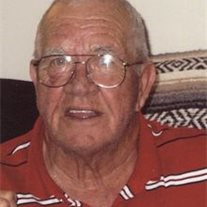 Leonard P. Welch, 78, passed away on Sunday, Sept. 6, 2015. He was born on November 30, 1936, in Chazy Lake, the son of Thomas W. and Edith (Agoney) Welch. In May 1973, he married Juliana L. Garsow, who he was married to for 42 years. He was previously married to Patsy LaPoint who passed away in 1972. Besides his wife, Leonard is survived by six children, Zachary Howard and Layla of Arlington, VA, Leonard Patrick and Kelly of Pearl River, NY, Angela Mary Boula and Thomas of Standish, NY, Margo Beth Layton and Edward of Massena, NY, Jamie Jo Marie Welch and Arnold Provost of West Chazy, NY, Tammy Lashway of Morrisonville, NY; 11 grandchildren, Griffin Welch, Melanie Welch, Kathryn Welch of Pearl River, NY, Anthony Boula of Standish, NY, Natasha Wilson and John Edick of Fort Plains, NY, Keith Wilson of Massena, NY, Joshua Provost, Zebulin Provost of West Chazy, NY, Courtney Flick of Plattsburgh, NY, Kerina Kent of Plattsburgh, NY and Amber Lashway of Morrisonville, NY; 6 great-grandchildren, one of which is his special "Little Princess" Riley Morgan Edick. Leonard is also survived by one brother, Thomas and Joanne Welch of Ocala, FL; three sisters, Jane Floyd of Shepherd, TX, Geraldine and John Langston of Grove, OK, Carolyn and Ronald Rushford of Bellview, FL; one step-sister, Stella and Gary VanderWarker of Ocala, FL/Pottersville, NY; two brothers-in-law, Vernon Rock of Ocala, FL, William Spencer of Maplesville, AL and several nieces, nephews and cousins. Besides his parents, Leonard was predeceased by a step-father, AB Barletta, father-in-law, Howard Garsow and mother-in-law, Myrtle Garsow; one brother, Frank Welch of Monkey, Thailand and his sisters, Helen Rock of Ocala, FL, Peggy Spencer of Maplesville, AL, Josephine Bushey of West Chazy, NY; one step-brother, Michael Barletta of Honolulu, HA; two brothers-in-law, Martin Bushey of West Chazy, NY and Ralph Floyd of Shepherd, TX; one sister-in-law, Jo Welch of Dallas, TX. Leonard served in the United States Air Force for 8 years. Leonard was employed by New York State Department of Corrections for 35 years where he retired as Lieutenant. He worked at several prisons including Sing Sing, Great Meadow (Comstock), Clinton, he opened Altona and Lyon Mountain then transferred to Gouverneur and retired from Franklin. He was well known in the department as the "Blue Eyed Devil". He was president of the Supervisors Union Council 82 for a few years. He was a member of the Northern Adirondack Central School Board from July 1985 to June 2005 where he served as Vice President from July 1990 to June 2003 and President from July 2003 to June 2005. He was an active member of the Lyon Mountain American Legion Post 1623 where he served as Commander from 1983 to 1989. He was also a member of the Knights of Columbus. He was on the board of the Mountain Top Senior Housing in Lyon Mountain when it first opened. Leonard loved the Boston Red Sox and loved watching baseball and college basketball. However nothing beat watching his son Zachary play baseball. Leonard never missed a college baseball game of Zack's. Leonard made several trips to Texas with his wife and little buddy Keith Wilson to watch Zachary play professional baseball for 4 years. He loved his family and enjoyed spending time with them. He also enjoyed spending time with his two Great Dane dogs, Bailey and Zoey. Calling hours will be held at St. Bernard's Church, Lyon Mountain on Thursday, Sept. 10 from 3 to 7 p.m. A Mass of Christian Burial will be celebrated at 1 p.m. on Friday, Sept. 11 in St. Bernard's Church.

The family of Mr. Leonard P. Welch created this Life Tributes page to make it easy to share your memories.

Send flowers to the Welch family.