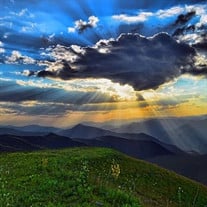 Leslie R. Elliott, 84, of Sawyer Ave., Malone died Sunday, Feb. 10, 2019 at his home. Born on March 23, 1934 in Huntingdon, Quebec, Canada, he was the son of William and Eileen (Myers) Elliott. He was married to Joan Stowell on Aug. 11, 1956 at St. Francis of Assisi Church, Constable, NY. Leslie graduated from Bombay High School. In his early years, he was employed at the Bombay Slipper Factory. He then became employed by the Franklin County Sheriff’s Dept. as a deputy, retiring after 25 years of service. He was a communicant of Our Lady of Fatima, Westville for many years before moving to Malone and attending Notre Dame Church. He was a member of the Knights of Columbus, Malone. Leslie enjoyed carpentry work, snowmobiling, riding atvs, golfing and bowling. He loved Duke basketball but was happiest when he was with his family. He is survived by his wife of 62 years; five children, Mark Elliott and his wife, Debbie of Greenville, ME, Brian Elliott and his wife, Bonnie of Mason, NH, Darlene Lamica and her husband, Robert of Constable, Wanda Elliott of Norwood, MA, Cheryl Elliott of Norwood, MA; five grandchildren, Amanda Sheehan, Jennifer Clarke, Alexander Elliott, Sarah Olsen and Christopher Elliott; eight great-grandchildren, Patrick, Matthew and Lillian Sheehan, Elizabeth and Benjamin Clarke, Stella, Sophia and Luke Elliott. He was predeceased by his parents and five siblings, Gladys, Elmer and Stanley Elliott, Lorraine Brierly and Shirley Taillefer. Calling hours will be held at St. Mary-Murphy-Wilcox Funeral Home on Thursday, Feb. 14 from 6 to 9 p.m. A Mass of Christian Burial will be celebrated at 10 a.m. on Friday, Feb. 15 in Notre Dame Church. Spring burial will take place at St. Francis of Assisi Cemetery, Constable, NY. In lieu of flowers, donations in his memory may be made to the American Cancer Society.

The family of Mr. Leslie R. Elliott created this Life Tributes page to make it easy to share your memories.

Send flowers to the Elliott family.