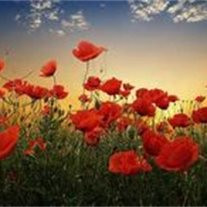 Margaret A. Jarvie Barnes passed away May 11, 2015 after a lengthy stay at CVPH Medical Center in Plattsburgh. Margaret A. Jarvie was born May 28, 1931 in Verdun, Montreal, Quebec. Know by friends and family affectionately as "Maggie". Her simple response to most inquiries was "very good". Margaret married Leonard A. Barnes in Chateaugay on August 19, 1949. He predeceased her on April 26, 2000. They were married 51 years. They have two children, Susan P. Walton, married to Kevin Walton and Robert L. Barnes married to Kim Bouvier-Barnes. Margaret has four grandchildren, Tammy Serow and her husband, Paul, Tony Walton and his wife, Lisa, Abby Barnes and Trey Barnes. Margaret has three great-grandchildren, Maghnus Walton, Harlee Serow and Bryce Serow. Margaret is also survived by a special niece and nephew in Innisfail, Aberta, Canada, Mrs. Joan Ross and Brian Tallon, and few other extended family members in Canada. Margaret is also survived by sister-in-law, Shirley Lagasse and her husband, Gary of Ellenburg, New York. Margaret was predeceased by her husband, Leonard, her parents, Georgina and Robert Jarvie. They orginiated from Kirkintilloch, Scotland. They immigrated from Scotland to Canada on March 23, 1923. She is also predeceased by a sister and brother-in-law, May and Allan Tallon, brother and sister-in-law, John and Betty Jarvie, and a sister and brother-in-law, Jean and Murray Genois. Margaret started her work life at Clyne and Tinker in Huntingdon, Quebec. Once married she moved to Chateaugay, New York and worked the family farm for many years. Margaret also worked at Bea-Jay's dress factory and retired from Wolverine Worldwide, both in Malone. Margaret enjoyed spending time with her family, crocheting and slot machines. Margaret was the family errand master as she enjoyed driving anywhere and everywhere to complete everyone's chores. Services are at the convenience of the family at the Chateaugay Funeral Home in Chateaugay on Thursday, May 14, 2015. The family will accept guests at the Chateaugay American Legion from 3 to 5 on May 14.

Margaret A. Jarvie Barnes passed away May 11, 2015 after a lengthy stay at CVPH Medical Center in Plattsburgh. Margaret A. Jarvie was born May 28, 1931 in Verdun, Montreal, Quebec. Know by friends and family affectionately as "Maggie". Her simple... View Obituary & Service Information

The family of Mrs. Margaret A. Jarvie Barnes created this Life Tributes page to make it easy to share your memories.