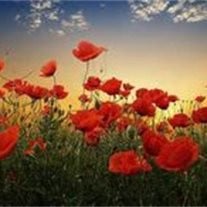 Marilyn Miller Purdy, 86, of Brainardsville passed away Monday, March 2, 2015 at CVPH Medical Center, Plattsburgh, NY. Born in Malone, NY on Dec. 2, 1928, she was the daughter of Loren and Eunice (Cook) Miller. They predeceased her. She was married to Robert D. Purdy Sr. on June 30, 1950 in the Brainardsville United Methodist Church. He predeceased her on Dec. 22, 2003. Marilyn graduated from Chateaugay High School with the Class of 1946. She received her bachelor's degree from SUNY Plattsburgh in 1950 and her master's degree from Syracuse University in 1960. She was employed as a teacher at North Syracuse High School, worked in the Insurance Industry, as a Real Estate Agent, as a Director at the Office on Aging, and as a substitute teacher before she officially retired. Marilyn was a member of the Brainardsville United Methodist Church and a member of the Burke chapter of the Order of the Eastern Star. Marilyn was an amazing person and loving daughter, wife, mother, grandmother and great-grandmother, as well as a life-long Yankees fan. She was very intelligent, strong, confident, independent, kind, and generous to all those who were lucky enough to have known her. After losing her husband of 53 years, and at 75 years of age, she courageously returned to her home in Brainardsville in May 2004, starting a new chapter in her life on her own. Ultimately, she came to rely on her many family, friends, and neighbors for support, including her caring and generous friends, Bruce and Ann Cook. With all that wonderful support, Marilyn was able to remain in her family home where she wanted to be, until the last few weeks of her life. Marilyn's family is forever grateful to everyone who has given so generously of their time, support, love, and kindness over the last 11 years. Marilyn is survived by her son and daughter-in-law, Robert Jr. and Connie Purdy, 4 grandchildren Kristie (Terrill) Frye, Kerri (Chris) Cullars, Kelli (Bob) Phillips, and William (Sarah) Fields; 9 great-grandchildren, Marcus Hughes, Zachary Adkins, Asia, Jacob, and Aiden Bruce, Elijah Cullars, Meadow and Courtney Phillips, and Jack Liam Fields, along with several Cook and Miller cousins, and many other extended family members and friends. Besides her parents and husband, Marilyn was also predeceased by her granddaughter, Kathleen Smith Bellomy in 2014, and her great-granddaughter, Gabrielle Alexis Adkins in 2015. At Marilyn's request, there are no calling hours. A graveside service will be held in the spring at the Brainardsville Cemetery where Marilyn will be laid to rest beside her husband, Robert Sr.

Marilyn Miller Purdy, 86, of Brainardsville passed away Monday, March 2, 2015 at CVPH Medical Center, Plattsburgh, NY. Born in Malone, NY on Dec. 2, 1928, she was the daughter of Loren and Eunice (Cook) Miller. They predeceased her. She was... View Obituary & Service Information

The family of Mrs. Marilyn Miller Purdy created this Life Tributes page to make it easy to share your memories.

Send flowers to the Purdy family.