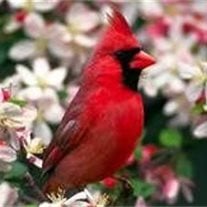 Mary E. Bourey, 88, of Saranac, formerly of Lyon Mountain died Thursday, March 10, 2016 at CVPH Medical Center, Plattsburgh, NY. Born in Black Brook, NY on Dec. 11, 1927, she was the daughter of James and Elizabeth (Buckley) Waldron. She was married to Leo Bourey on September 6, 1948 in Redford. He predeceased her on Jan. 21, 2002. After graduating from high school, Mrs. Bourey attended the Sallez Academy and Loretta Business School. She was a communicant of St. Bernard's Church, Lyon Mountain and member of the church choir. She was also a member of Our Lady of the Snows Catholic Daughters and American Legion Auxiliary Unit 1623, Lyon Mountain. Mrs. Bourey is survived by five children, Nancy Bourey and her wife, Josje of Montreal, Quebec, George Bourey of Keeseville, NY, Mary Kelly of Hopewell Junction, NY, Elizabeth (Betty) Facteau and her husband, Jeff of Saranac, Patrick Bourey and his wife, Julia of Dunedin, FL; 11 grandchildren; 10 great-grandchildren; and a sister, Rita Devan of Willsboro. Besides her husband, she was predeceased by her parents, and a son, Donald Bourey. Calling hours will be held at St. Bernard's Church, Lyon Mountain on Monday, March 14 from 4 to 7 p.m. Mass of Christian Burial will be celebrated at 10 a.m. on Tuesday, March 15 in St. Bernard's Church with Rev. Ted Crosby officiating. Spring burial will take place at St. Michael's Cemetery, Standish. Donations in her memory may be made to Hospice of the North Country or the Lyon Mountain Rescue Squad.

The family of Mrs. Mary E. Bourey created this Life Tributes page to make it easy to share your memories.

Send flowers to the Bourey family.