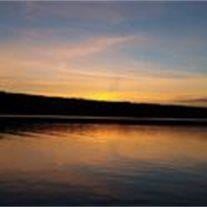 Michael R. Pregent, 68, of Malone NY, died in his home on Fort Covington Street on the evening of Saturday, April 15, 2017, where he had resided for the last 20 years. Michael was born July 3, 1948 to Mr. Eudore and Mrs. Hazel Marnes Pregent, long time proprietor's of Marion's restaurant here in Malone. Michael is now reunited with his parents who preceded him into eternity, father Mr. Eudore Pregent in 1992 and his mother Mrs. Hazel Pregent in 2005. Michael lived the better part of his years in the family's home on Willard St. in Malone where he spent his time listening to his vinyl record collection full of" big band classics" as well as all of the standards by "The King" Elvis Presley whom Michael adored. During Michael's youth, summer weekends, of which he spoke very fondly, were spent with his parents, his brother Rene, family friends and neighbors up at their camp on Chateaugay Lake. It was at these places as well as his home on Fort Covington street that Michael enjoyed another of his favorite pastimes, which was riding his bike. Though Michael started his work career at Marion's he later began working at the At the sheltered workshop and day program run by North Star Industries here in Malone in the late 70's. In 1996, sometime after his father's passing, Michael moved into his current home on Fort Covington Street, a Supportive IRA that was established that year by Citizen Advocates. Michael leaves to cherish and enjoy the memories and joys of his life- his brother Rene, sister in law Allison and nephew Joe Pregent. In addition Michael will be remembered fondly and forever by everyone who has had the good fortune and privilege to have worked with and/or resided with him during the last 20 years at his home at the Fort Covington Street IRA and 40 years with North Star Industries/Citizen Advocates day Programs. Calling hours will be held on Monday, April 24, 2017 at St. Mary-Murphy-Wilcox Funeral Home, Malone from 10:30 am to 12:30 pm with prayer service following and Rev. Thomas Kornmeyer officiating. Spring interment will be at St. Patrick Cemetery, Rouses Point.

Michael R. Pregent, 68, of Malone NY, died in his home on Fort Covington Street on the evening of Saturday, April 15, 2017, where he had resided for the last 20 years. Michael was born July 3, 1948 to Mr. Eudore and Mrs. Hazel Marnes Pregent,... View Obituary & Service Information

The family of Mr. Michael R. Pregent created this Life Tributes page to make it easy to share your memories.

Send flowers to the Pregent family.