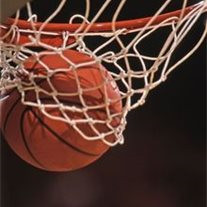 Nathan Alfred Cowan, 14, of the Lost Nation Rd., Churubusco, NY, passed away unexpectedly on January 7, 2014. Nathan (aka "Magoo", "Nater", "Nate") was born on June 15, 1999. He was baptized by the Reverend Eleanor Bellows in the Chateaugay United Methodist Church where he remained an active member, regularly taking up the offering. As a child, he was involved in Cub Scouts, youth soccer, biddy basketball, T-Ball and Chateaugay Little League. He played on the Malone 9 and 10 year old All Star Baseball team. He played 5 years on the Chateaugay AAU Basketball team. He played saxophone in the CCS Junior Band from 5th to 8th grades. Most recently he was a Freshman at Chateaugay Central School. He was a starting player on the Modified soccer team and the JV basketball team (#23). He was a member of the Junior National Honor Society. Nate LOVED the outdoors!! His outdoor activities included fishing, hunting, boating, four wheeling, snow sledding and just exploring nature. He was a fun loving people person who had friends who ranged from ages 3 to 80. He loved being with his friends, family gatherings, and video games. Nate is survived by his parents, Brian and Tamara Cowan; his brother Zach; grandparents Glen and Marie Cowan, and Glenda Landry; aunts and uncles Jon and Sherri Landry, Tony and Sheryl Cowan, and Elana and Terry Hutchins; cousins Tyler Stonehouse, Ava Marshall, Michelle Silver, Bobbi-Jo Silver, Janell Smith, Sara Stone, and Jeremy Hutchins. He was predeceased by his grandfather Gerald "Papa Gerry" Landry; grandmother Linda Malette Landry; great-grandmothers Gertrude Bowen and Dorothy Malette; uncle Gerald "Jesse" Landry. Calling hours will be held at the Chateaugay Funeral Home on Saturday, Jan. 11 from 2-4 and 7-9 pm. A funeral service will be held on Sunday, Jan. 12 at 1:30 pm at St. Patrick's Church, Chateaugay, NY with the Rev. Marty Connor and Cora Smith of the Chateaugay United Methodist Church officiating.

Nathan Alfred Cowan, 14, of the Lost Nation Rd., Churubusco, NY, passed away unexpectedly on January 7, 2014. Nathan (aka "Magoo", "Nater", "Nate") was born on June 15, 1999. He was baptized by the Reverend Eleanor Bellows in the Chateaugay... View Obituary & Service Information

The family of Nathan Alfred Cowan created this Life Tributes page to make it easy to share your memories.