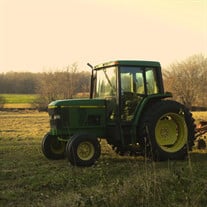 Raymond P. Dwyer , 81, of Sawyer Ave., Malone died Tuesday, Dec. 25, 2018 at the Alice Hyde Medical Center, Malone. Born on June 21, 1937 in Chateaugay, NY, he was the son of William and Claire (Cassidy) Dwyer. Ray enjoyed collecting many little trinkets and saving them in jars. He enjoyed working on the family farm with his brothers and assisting some of the neighboring farmers. Ray first attended the local one room school house and later went to Chateaugay Central School with his brothers and sister. He loved playing cards every evening after supper with his father and brothers. He could often be seen walking to town in any kind of weather, never intimidated by a North Country winter. One of his great joys was riding along in the milk truck as milk was picked up at the various local farms, a pastime he was able to continue even after moving to Malone. His twenty nieces and nephews could always count on him for a game of crazy eights, a good joke, or an Atomic Fireball. Raymond lived and enjoyed his time while living at the homes of Citizen Advocates. Raymond brought a special joy to all he came in contact with. Raymond participated within his community enjoying shopping, checking out local farms and their animal stock and attending several of the local Adult Centers for lunch and special parties. After his meals at the Adult Centers, he would stay and strike up a conversation or two and play a game of cards which he enjoyed. He always enjoyed looking at or shopping for a new John Deere items and or a handy flashlight. He would always say, " never can tell, when you’re going to need a good flashlight". Raymond also enjoyed playing a joke on staff and when he thought he had the upper hand would sit back and give a good hearty chuckle. He loved the Adirondacks and their people. He will be greatly missed by all who knew him. Raymond was a communicant of St. Patrick’s Church and a member of the Chateaugay Knights of Columbus. He is survived by three brothers and sisters-in-law, James and Rita Dwyer of Vienna, VA, Patrick and Andrea Dwyer of Beekmantown, Thomas and Peggy Dwyer of Chateaugay; a sister, Margaret Becker of New York City; a sister-in-law, Mary Lou Dwyer of Chateaugay; several nieces and nephews. He was predeceased by his parents; two brothers, John and William Dwyer; a sister in infancy, Anne Elizabeth and a brother-in-law, Hy Becker. Family and friends may call at the Chateaugay Funeral Home on Friday, Dec. 28 from 9:30 to 10:30 a.m. A Mass of Christian Burial will follow at 11 a.m. in St. Patrick’s Church, Chateaugay. Spring burial will take place at St. Patrick’s Cemetery. Donations in his memory may be given to Citizen Advocates or St. Patrick’s Church.

The family of Mr. Raymond J. Dwyer created this Life Tributes page to make it easy to share your memories.

Send flowers to the Dwyer family.