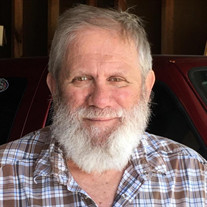 On April 15, 2021 Robert K. Bolia (Norfolk, NY) took his final checkered flag. Robert passed away at UVM Medical Center in Burlington, VT at the age of 73. He was born on March 5, 1948 in Malone, NY to Kenneth F. and Frances M. (Soucia) Bolia. He attended Chateaugay Schools. Robert is survived by his partner of 34 years, Sandra Haggett; his sons, Scott Bolia and Lisa Caskinette of Massena, Michael and Amy Bolia of Winthrop and Michael Haggett of South Portland, Maine. He is also survived by his grandchildren, Michael Bolia, Jr., Anthony Bolia and Makayla Bolia, all of Massena and Abigail and Isabel Haggett of South Portland, Maine. Robert’s extended family includes Codi and Amanda Burnett, Cora Burnett, Andrew and Andon Forget, all of North Lawrence; Ashley, Luke and Ensley Breault and Brett Mitchell, all of Massena along with numerous aunts, uncles and cousins. Robert was predeceased by his parent and several aunts, uncles and cousins. Robert served in the U.S. Navy Seabees in Vietnam, then came home and served 20 years, retiring as a staff sergeant in the U.S. Army Reserves, Massena. Robert worked for the U.S. Department of Transportation at the St. Lawrence Seaway as a heavy equipment/crane operator, retiring after 37 years in 2006. He was a devoted union member of AFGE Local 1968. Robert was a lifelong member of the American Legion Post 79 and served as advisor to the Sons of the Legion. Robert enjoyed co-coaching basketball and watching his grandkids play sports. In his fifties, Robert finally followed a passion he always had for racing, he became an active race car driver at Mohawk International Speedway and then moved into being the pit steward there for several years. Countless weekends had Bob glued to the tv watching all the tiers of Nascar and he attended numerous Nascar races over the years in New Hampshire and Virginia. Bob’s passion for racing then drew him to the Northern New York Lawn Mower Racing Association, serving as their pit steward for many recent years. To know Bob was to love him. A more kind and honest soul you would be hard pressed to find. Calling hours will be held at the Chateaugay Funeral Home on Thursday, April 22 from 3 to 7 p.m. Military honors will be provided at 7 p.m. In accordance with current health restrictions, those in attendance are asked to observe the use of facial coverings and social distancing. In lieu of flowers, donations in his memory would be appreciated to any Veteran’s association.

On April 15, 2021 Robert K. Bolia (Norfolk, NY) took his final checkered flag. Robert passed away at UVM Medical Center in Burlington, VT at the age of 73. He was born on March 5, 1948 in Malone, NY to Kenneth F. and Frances M. (Soucia) Bolia.... View Obituary & Service Information

The family of Mr. Robert K. Bolia created this Life Tributes page to make it easy to share your memories.

Send flowers to the Bolia family.