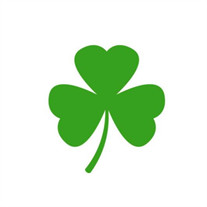 Robert Joseph (R.J.) Duffey went to sing with the angels on July 14, 2021, peacefully passing at the Alice Center, Malone, NY. He leaves to cherish his memory his wife, Kim; his daughter Deirdre Duffey, son Kevin (and spouse Hani Hojati) Duffey, son MAJ Thomas Powers US Army (and spouse Victoria), Lt. CDR Kaitlin Skiver USCG Res.(and spouse Robert “Lee” Skiver), and daughter Lt. CDR Lily Hinz USN Res.(and spouse Lt. CDR Brendan Moynihan Hinz USN). His grandchildren - Sorna, Eleanor, Emerie, Kathleen, Robert “Harry”, Margaret and Cormac. His sister, Marianne Rodgers and her husband, Bill, of Denver and his former wife, Maura Stirling, of Port St. Lucie, FL survive him. He was born in Buffalo, NY on April 11, 1939 and was raised in Olean, NY. After graduating high school, he attended the University of Notre Dame, South Bend, IN, following the family tradition set by his uncles Joe and Bob. He was a wee boy during WWII but the stories of the sea battles (especially in the Pacific) captivated and inspired his life-long study of all things military. At Notre Dame, he loved to sneak into the Basilica of the Sacred Heart and play the organ - bringing his own sheet music. He attended a Kingston Trio concert on campus and met the group - taking them out afterwards to South Bend’s “hot spots” to “meet ladies”. The next day, he bought a used guitar at a shop in town. The classical piano his mother had taught him gave way to folk, and then Irish and American roots music. Curiosity and continuous learning was his specialty and along the way, he acquired a used banjo and loved to play his five string. After graduating from Notre Dame, he moved to New York City. He enlisted in the U.S. Army Reserves. Every summer was spent at Fort Drum and that guitar came in handy around the base - where he learned every Army song and cadence known. He said it got him out of less thrilling assignments and his Sergeant was a “pal.” In the city, Duffey was a jack of all trades - working as a graphic/board artist, designing logos and print layouts, tending bar in Irish Pubs, and singing and playing and meeting some legends. He opened a pub in East Greenbush and one in Vermont. He moved to Florida in the 1980s and worked in commercial art and design and advertising. He met and married Kim and they raised their children on Costello Road in the south end of West Palm Beach. RJ painted murals all over South and Central Florida in homes and businesses. Occasionally, he returned to NYC for a commission to design interior art installations. To “pay the rent” he was booked to draw caricatures at events and trade shows throughout the country. RJ and Kim moved permanently to the North Country in 2011 after one too many hurricanes. “Buffalo Bob” was not intimidated by the snow and in the deep days of winter, he got more creative with his art and music. He entertained friends and taught students guitar and banjo, sketched and painted. He loved their “day trips” around the region and a good ham sandwich picnic watching boats on the lakes or moving through the locks on the Seaway. A Mass of Christian Burial will be celebrated on July 28, 2021, at 11 a.m., at St. Patrick’s Church, Chateaugay, NY. Immediately followed by an Irish “wake” at the American Legion, 80 West Main Street, Chateaugay NY where all can share a song, a poem or a story. In lieu of flowers or gifts to the family, please consider a donation to the WoundedWarriorProject.org or to the Chateaugay American Legion.

The family of Mr. Robert Joseph Duffey created this Life Tributes page to make it easy to share your memories.

Robert Joseph (R.J.) Duffey went to sing with the angels on July...

Send flowers to the Duffey family.