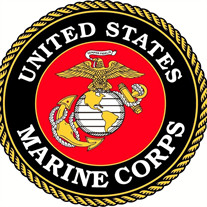 Ronald Edwin Walsh, 73, formerly of Chateaugay, NY, died Friday, March 15, 2019 at CVPH Medical Center, Plattsburgh. Born on January 4, 1946 in Plattsburgh, NY, he was the son of Frank E. and Frances E. (Varno) Walsh. They predeceased him. Ronald enlisted in the United States Marine Corp in 1966 and served in Vietnam as a forward observer and radio operator until he was honorably discharged in 1968. He was a member of the Chateaugay American Legion Post# 875. He worked in his family’s cabinet business in his younger years and later as a chef in various restaurants, primarily in Tupper Lake. He worked at Tru-Stitch in Malone as a machine operator before retiring. Ronald is survived by his two sons and daughters-in-law, James R Walsh and Tamara of Hesperia, CA, Frank E Walsh and Monique of Riverside, CA; six grandchildren, Ciera, Cheyenne, Nicholas, Baylee, Bryson and Brooklyn; a sister and brother-in-law, Janice and Carl Wood of Keeseville, NY and a special aunt, Caroline Schillace of Breadheadsville, PA. There will be no services. Burial will be held in Gerald B.H. Solomon Saratoga National Cemetery, Schuylerville, New York. Arrangements are with the Chateaugay Funeral Home. Online condolences may be offered at www.chateaugayfuneralhome.com.

The family of Mr. Ronald Edwin Walsh created this Life Tributes page to make it easy to share your memories.

Send flowers to the Walsh family.