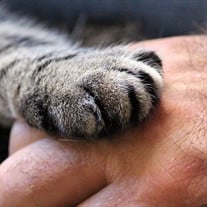 Stephen Michael Lawrence, 61, of Ballard Park, Malone died Friday, July 12, 2019 at his home. Born on August 30, 1957 in Malone, NY, he was the son of Leonard and Barbara (Boissey) Lawrence. Stephen graduated from St. Joseph’s Academy and Canton ATC. He was employed as a chef in both Florida and Malone. He volunteered for the Meals on Wheels program and was a member of the American Legion Post 219, Malone. Stephen’s interests included antiques, playing cards, old vehicles and his fur companions. He is survived by his mother, Barbara of Malone; four siblings, Julie Scott and her husband, Brian of Olive Bridge, NY, Kevin Lawrence and his wife, Susan of Baldwinsville, NY, Brian Lawrence and his wife, Rachel of Huntsville, AL, Amy Lawrence Lalonde and her husband, Scott of Tupper Lake, NY; many nieces and a nephew. He was predeceased by his father in 2009. There are no calling hours. A prayer service will be held at 10 a.m. on Thursday, July 18 at St. Mary-Murphy-Wilcox Funeral Home. Burial will take place at Notre Dame Cemetery. Donations in his memory may be made to the charity of one’s choice.

The family of Mr. Stephen Michael Lawrence created this Life Tributes page to make it easy to share your memories.

Send flowers to the Lawrence family.